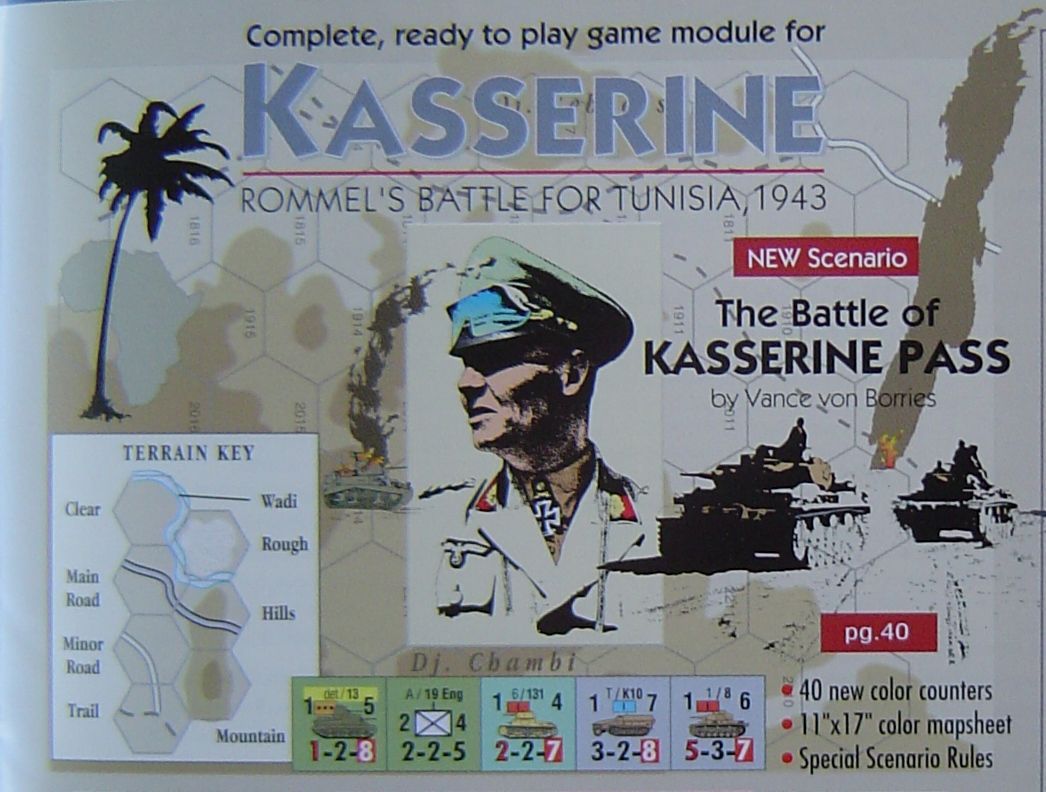 The Battle of Kasserine pass is an expansion module to the original GMT game Kasserine by Vance von Borries. It was released in issue Nr15 of RBM's C3i Magazine and features a new map of the Kasserine Pass and 40 new counters (15 German, 5 Italian, 18 American and 2 British). All units are company size. The scale of the battle for Kasserine Pass differs from the original 2 miles/hex. The map is zoomed in on the pass itself and is scaled at 0.35 miles/hex. This also led to a change in time scale. Every turn is now 4 hours (instead of half a day in the original game). A few minor alterations in the original rules have been made to accommodate the change of scale.