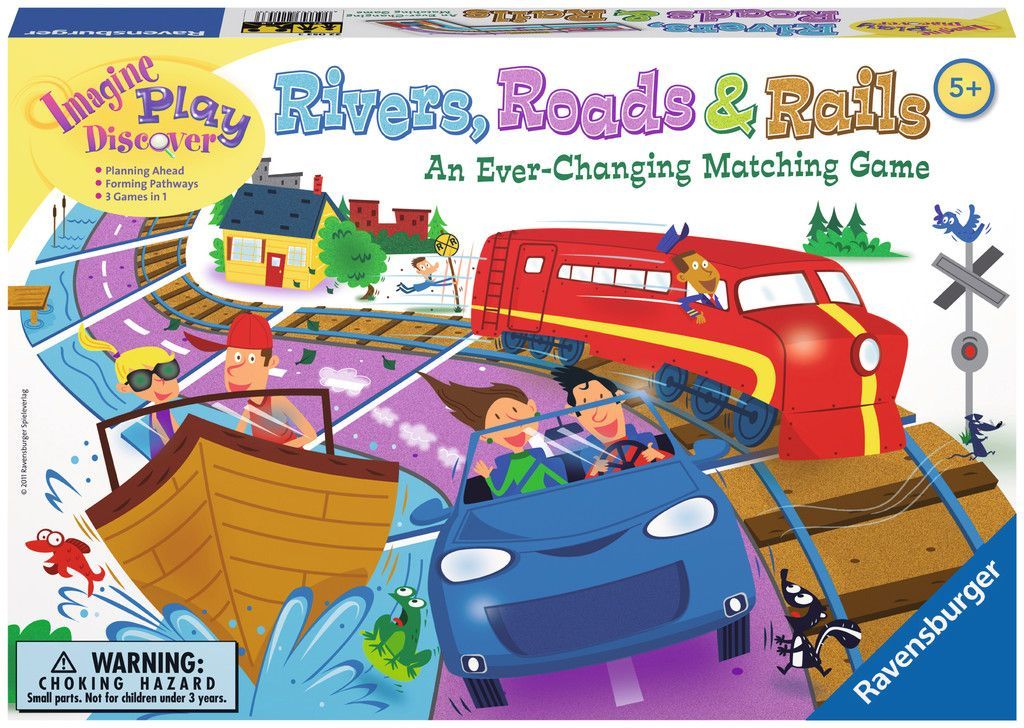 This matching game is a close relative of Dominoes. Each tile has two sides, and each side contains at most one road, one river, and one rail. You can only play a new tile adjacent to a played tile if the sides match. The act of playing tiles creates a map of an intricate twisting transportation network. The tile illustrations are very pleasing to both young and old alike. Only two of the tiles are branching, so the game is mostly played at both ends of the tiles already laid down. Several variants are supplied in the rules. You can play this game competitively like Dominoes, or cooperatively like a free-form jigsaw puzzle. First published in 1969 by James Galt and Company, Limited, Cheadle/Cheshire. Then in 1970 as 'Connect' (in French as 'Contact') by Ravensburger. Re-released 1984 by Ravensburger as 'Rivers, Roads and Rails' (in Europe still as 'Contact').