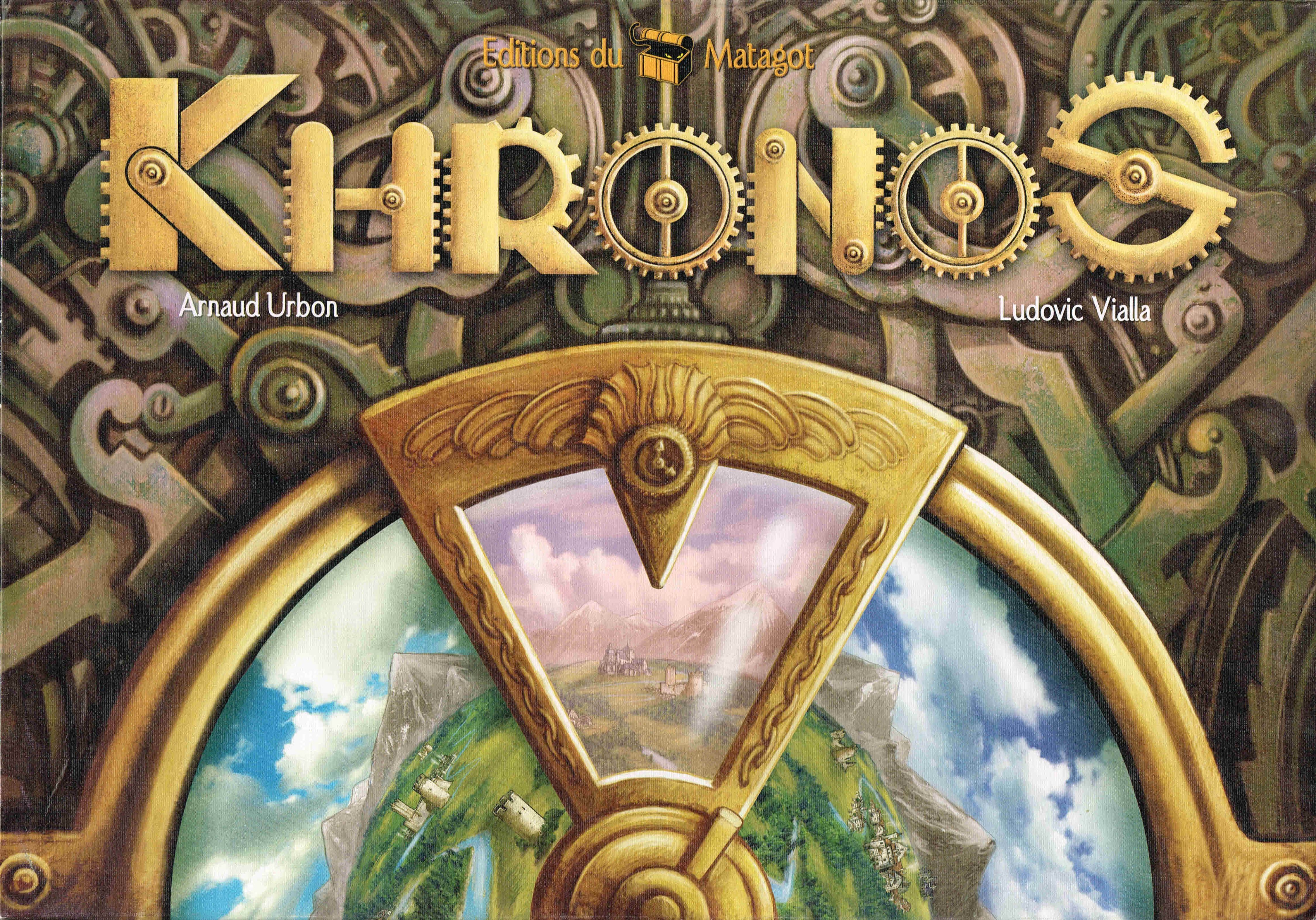 In this game, you play a powerful lord and his faithful companion engaged in a fight for influence throughout time. The game proceeds simultaneously over three different periods. You start the game in the Middle Ages, on the first of the three game boards (that of the commanderies). With 4 action cards in hand per turn, you have seven turns in which to develop your domains by building various types of military, religious, and civil buildings. Depending on their size, certain buildings are moved in time, which means that they are transferred to the same place on the priories board (Renaissance period) and on the brotherhoods board (modern period), in ruins for military and religious buildings (castles, abbeys…). Thanks to the watch makers' invention, and with enough money, you can make your two adventurer pawns travel in time… Because if the construction of certain buildings can be profitable, taking over domains on the various boards is essential, since it will allow you to earn bonuses on the 4th and 7th turns and to move ahead of your opponents. Playing with time is not without consequences, and it can produce surprising results! To give just one example, an abbey created on the priories board could be destroyed by a castle built later in the game in the same place but on the commanderies board, and then moved to the other board… The abbey finally never existed! On the 4th and 7th turns, each controlled domain generates profits for the players depending on the board. On the the commanderies board, a player who controls a domain militarily, i.e. the one with the biggest military building, will receive the value of the civil buildings in this domain in profits. On the priories board, it is the religious control that will be taken into account. On the brotherhoods board, the players who have best populated the civil buildings and restored the ruins will secure the best profits. The possibility of destroying and regrouping buildings to unite or divide domains provides a strong and permanent level of interaction between the players.