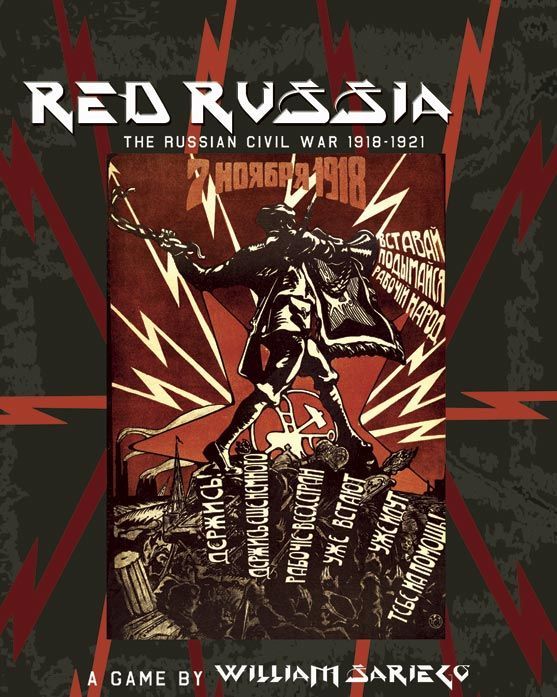 As the Avalanche Press website explains, Red Russia uses a similar system to Soldier Kings: The Seven Years War Worldwide in simulating the Russian Civil War. Players represent up to four factions: the Reds (Communists), Siberian Whites (monarchists), Southern Whites, or Northern Whites. Each turn represents three months, and the game begins in Summer of 1918 and concludes, should one player not win outright, in the Spring 1921 turn. This 3-4 hour game thus lasts a maximum of twelve turns. Players command infantry and cavalry armies, and for some factions fleets and aircraft. Leaders assist these units in movement and combat over land areas and sea zones. Each land area is rated for the amount of money and manpower it generates each turn. Manpower represents not just fresh recruits for armies, but also the things made with human labor: food, uniforms, weapons and so on. Factions thus use manpower to rebuild forces, and money to finance their actions. Combat is conducted by rolling dice, one for each attack factor, with hits reducing them in strength or eliminating them outright. A good general lets you roll more dice. Each area is also rated for its garrison strength; to capture it, you have to defeat the garrison troops through siege (in addition to driving off any enemy armies there). Finally, to keep the game from becoming too "Risk"-like, players can play various event cards. Having the ability to fight through adversity makes one a powerful adversary in Red Russia.