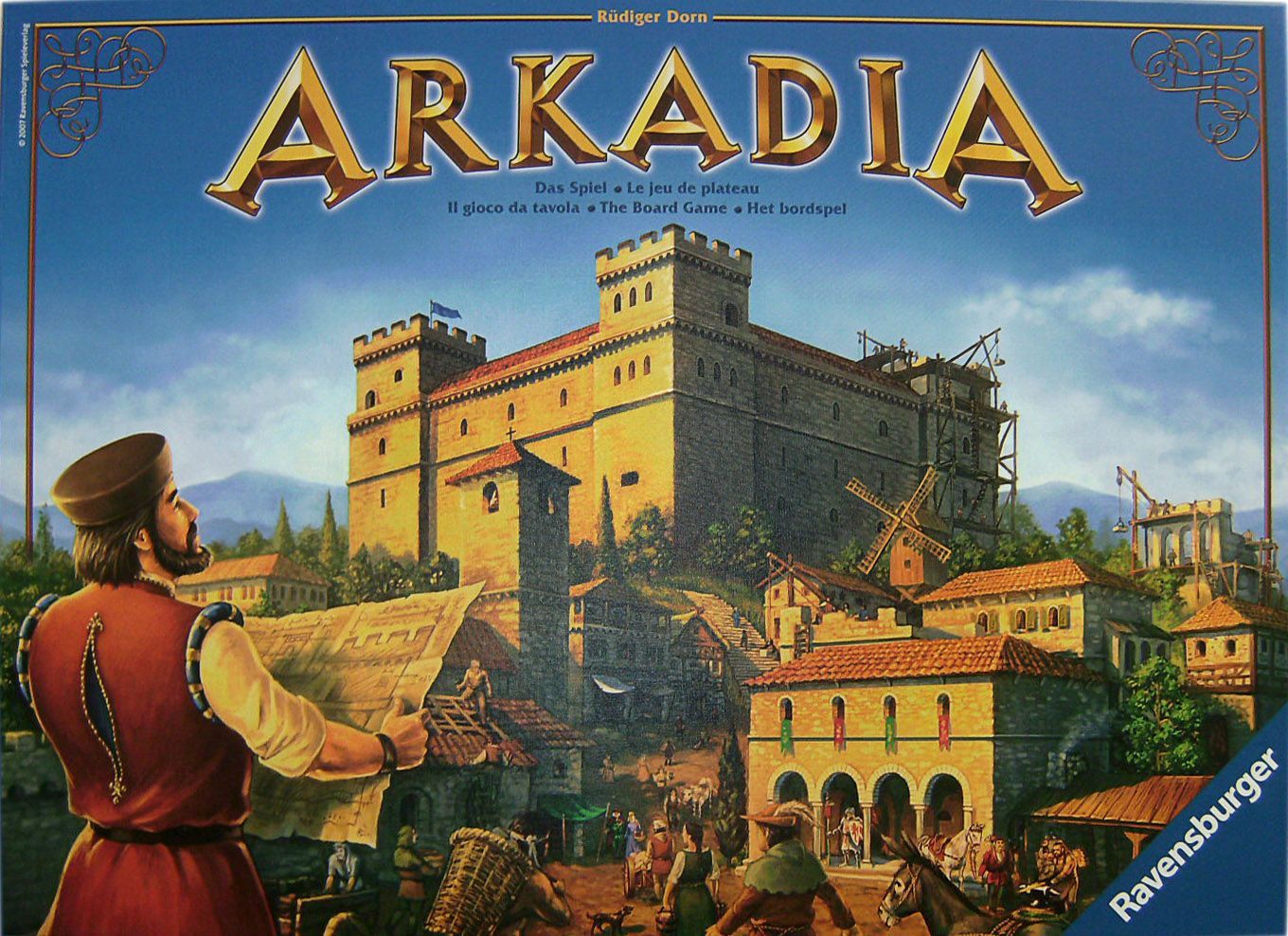 Arkadia is a game about building the city and castle of Arkadia. Players use builders, cards, workers, and neutral workers to build houses in Arkadia. Houses are built with the seal of one of 4 families; this family gave the building order and will get the building player its seal. These seals can be changed for victory points. But seals are subject to changing values. The growing castle (every time a house is built, players also build on the castle) has the 4 seals on it as well, which decides the value of each seal. The castle is also the game's timer: once the second layer is built, the last round starts. The player with the most gold wins. Released: Essen 2006.