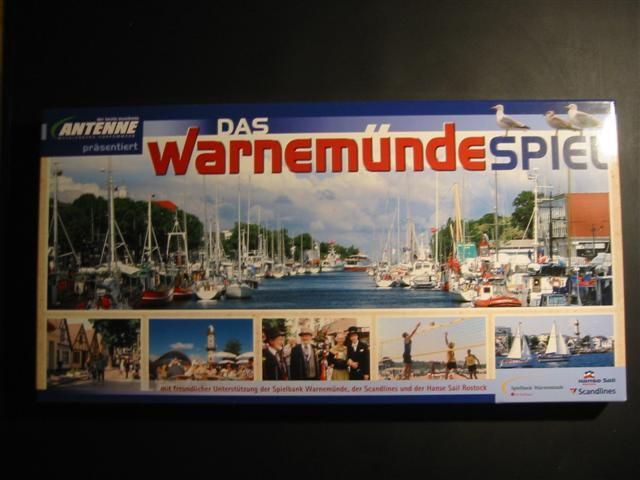 A Monopoly clone set in the coastal town of Rostock-Warnemünde, Germany. As the game has been developed by a local radio station and sponsored by various Warnemünde entrepreneurs, the players have to acquire and trade company shares instead of streets. The penalties for players ending their move on an already occupied field only increase with the number of company shares with identical colors; the concept of additional buildings such as hotels been dropped. Instead, this game features profit and loss statements that are triggered by certain fields. They change share values, resulting in players paying money into or getting money from a money pool. There are also pool cards triggering the profit and loss statements of shares of one color. Another non-Monopoly concept is that of shortcut fields (Warnowtunnel, Scandlines ferry) that allow the players to quickly move over a section of the board for a small fee.