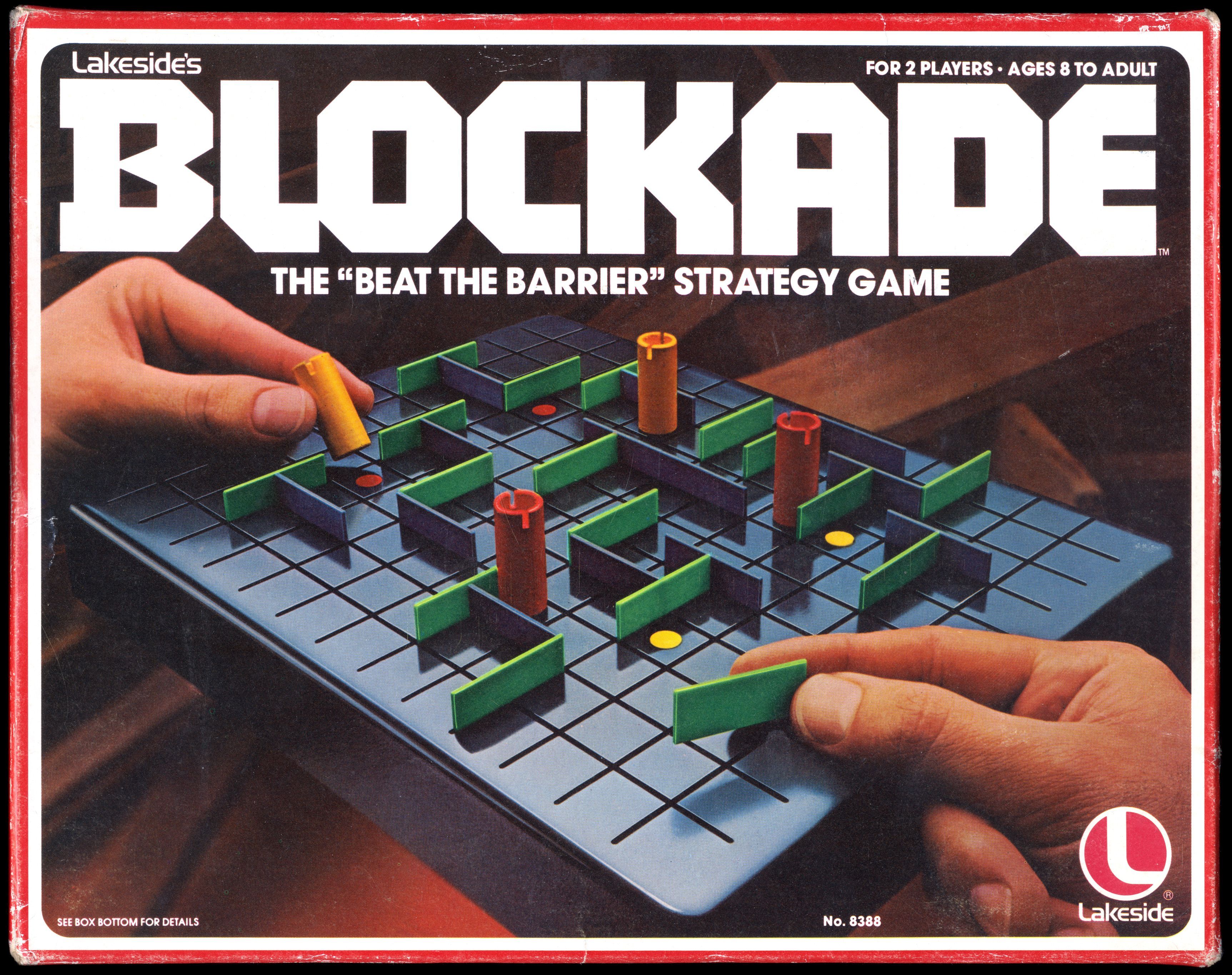 Described on-box as "the Beat the Barrier" strategy game. Players each have 2 pawns, 9 green walls (which are placed vertically), and 9 blue walls (placed horizontally). Pawns start on the color matching them, which are 4x4 squares in on each of the four corners of the 11x14 board. The object is simple: to get one of your pawns to a starting spot of your opponent. Each turn players can move one pawn up to two spaces, and also place one wall, useful for blocking off their opponent's move. Walls always cover two squares worth of area, and must be placed according to their color (vertically or horizontally). Once players are out of walls, they keep moving pawns until one wins. This game is one of a series of 2 player strategy games by Lakeside from the 1970s. Another version by the same Designer: Quoridor Re-implemented By: Pinko Pallino