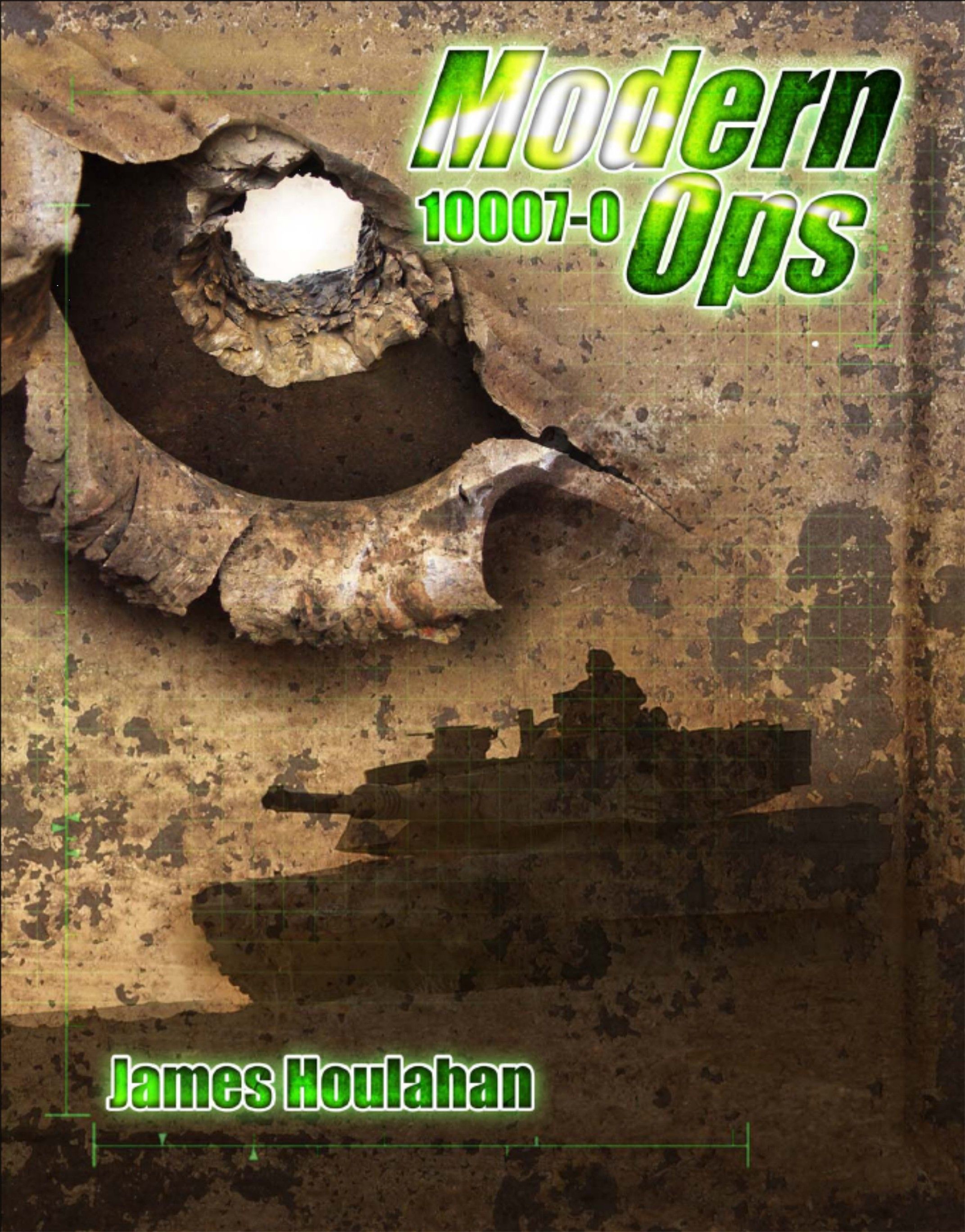 From the publisher: Freedom isn’t Free! In the crowded streets of Mogadishu sits a downed Blackhawk surrounded by a tyrannical warlord and his drug-crazed warriors. In the villages of Iraq lurk insurgents led by the ruthless al-Qaeda. In the arid desert of the Bakaw Valley is a terrorist training camp. In the mountains of Tora Bora lurks Osama bin Laden and his fanatical followers. Against these desperate foes are the most advanced armies ever created. But after the smoke from the smart bombs has cleared, it’s the infantry who must go in and finish the job. These are today’s threats. These are Modern Ops. Modern Ops lets you recreate the battles of the modern world, from regular military operations to special forces actions in Iraq, Afghanistan, the Soviet Union, and more. You’ll find complete troop lists for today’s combatants, including vehicles and aircraft, as well as our trademark Savage Tales and random Events that make every battle a surprise. Modern Ops is a complete miniatures skirmish game. The Savage Worlds roleplaying game is NOT required.