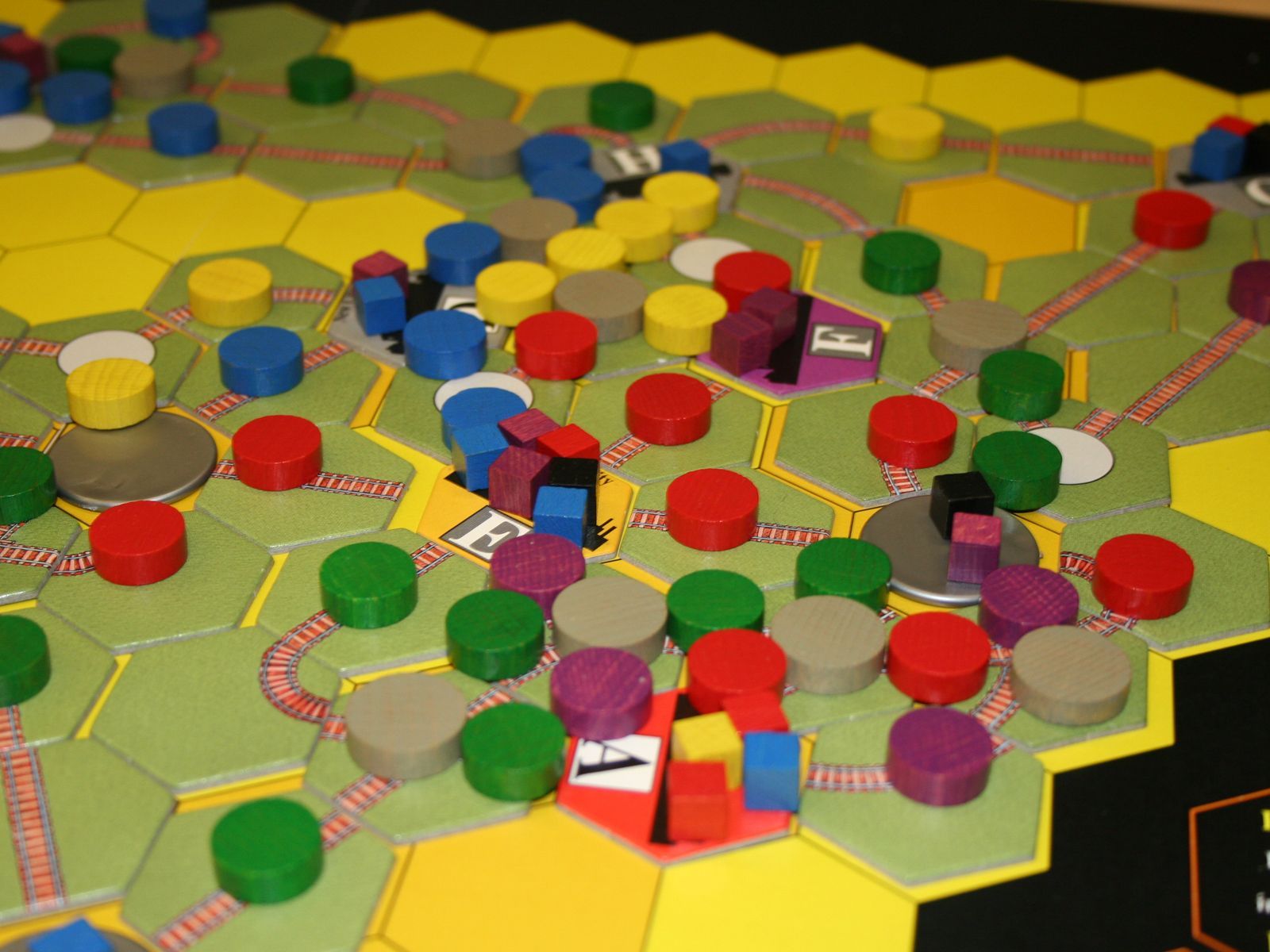 Two expansion maps for Age of Steam, comprising London and Sun. Age of Steam Expansion: London From the outrageous real estate prices to the fees associated with the unions, building a railroad network in London is incredibly expensive, challenging veteran Age of Steam players to properly balance their debt and asset (track) investments. This Age of Steam expansion map features Union Overtime Fees, which are charged in addition to normal track building costs, and Instant Production, where goods from the production chart are immediately placed into a city where goods were either shipped from or received. Age of Steam Expansion: Sun Welcome to the exciting business of mining solar flares and sunspots for energy. Link the magnetic vortices's of sunspots to drain their rich supplies of energy, creating new sunspots in the process. As a competing faction within the Solar Energy Commission, you are responsible for constructing the most extensive and profitable sunspot mining network; the comfort and decadence of billions of people depends on you. This Age of Steam expansion features the ability to create towns any time existing track is upgraded at any location on the map. There are only 8 cities in the game, but they can be moved to new locations via the Restation action. Players can increase their links capacity, allowing them to deliver multiple goods during a single delivery, and Instant Production causes goods to appear instantly after a delivery.