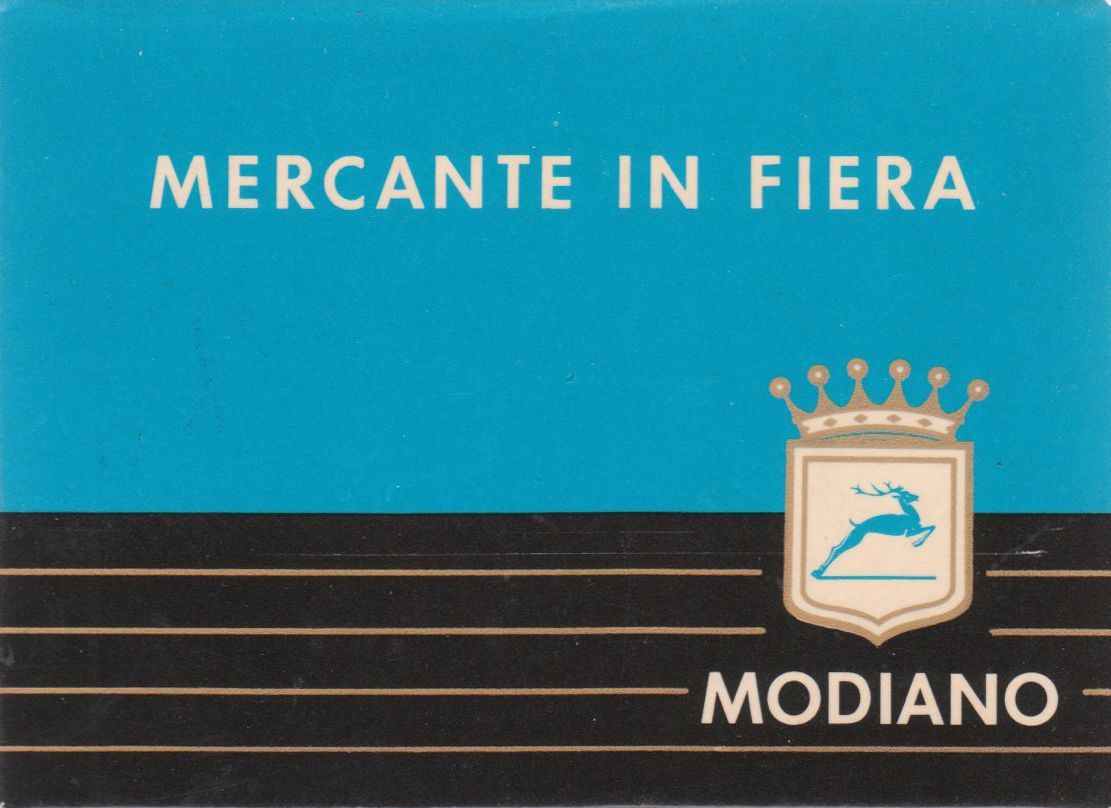 Mercante in Fiera (=Merchant at the Fair) is a popular game in Italy. Earlier, it was played with 2 decks of 40 cards, nowadays the 2 decks contain 55 cards. A pack shows different illustrations on every card; the second deck is an exact copy of the first one, except the back being different. The game is played in 2 phases. During phase 1, all the cards of one deck are sold by auctions of 1-4 cards each. Phase 2 is played with the second deck. Before starting, the winning cards are drawn from deck 2 and the paid jetons from phase 1 are put on these cards. The remaining cards are revealed card after card and the players having these cards must discard them. The more cards are revealed, the more the chance of having one of the winning cards increases. Players are allowed to trade among each other anytime during phase 2. Such trades are more likely towards the end of the game. Winner is the player with the most jetons. Mercante in fiera is a newer version with new graphics, contents and updated game flow.