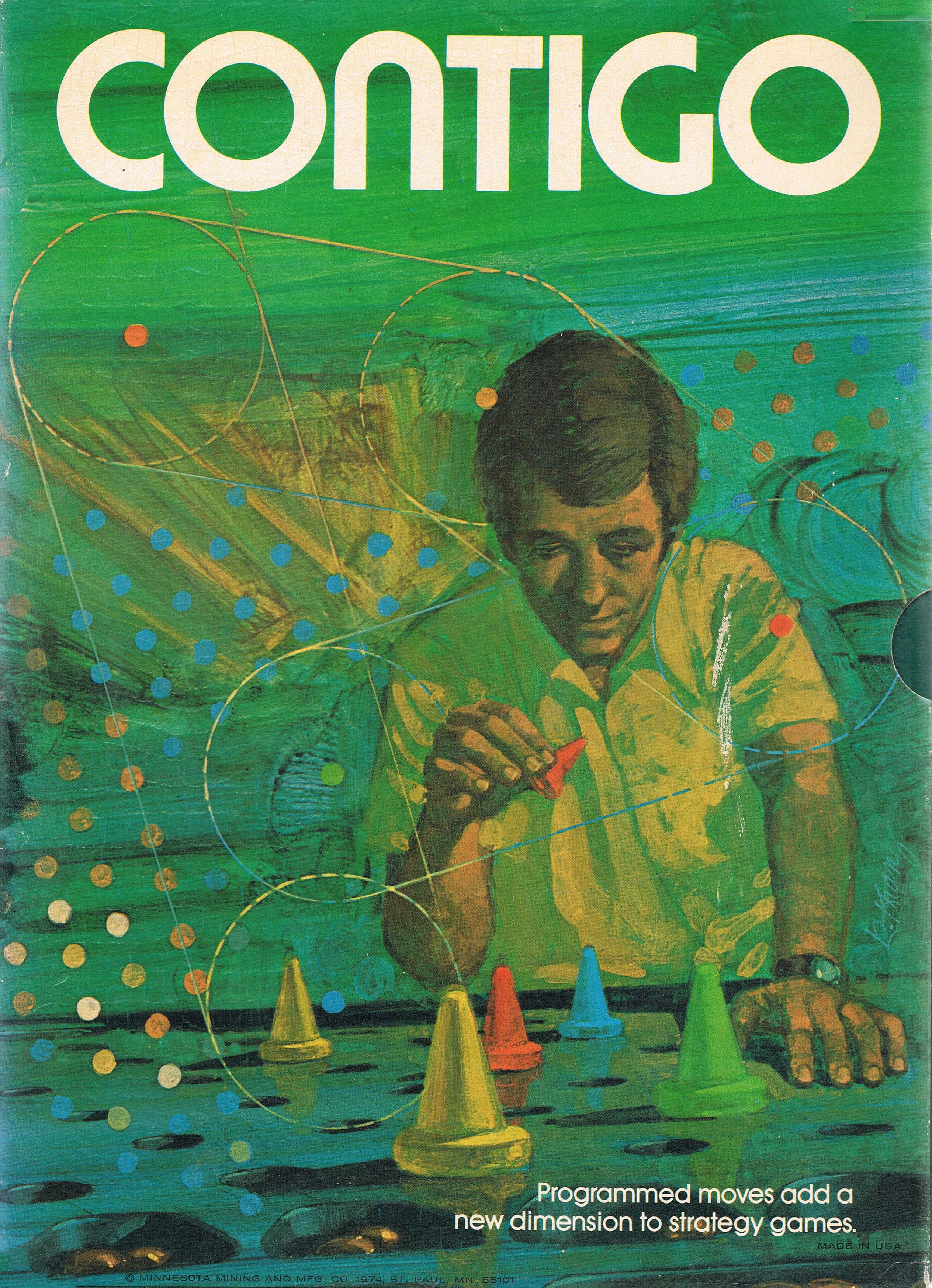 This game in the 3M Bookshelf Series is a cross between Mancala (a.k.a. Warri, Oh-Wah-Ree) and more traditional Checkers-like games. It is played by four players according to the original rules, but can be adpated to be played by just two (the three-player game would be unbalanced). The 6x6 board is surrounded by Mancala-like pits, where pebbles are moved. The number of pebbles in a row/column/diagonal's pits controls how the pawns on the board move. Two sets of rules are supplied: the Alignment game, where you are trying to be the first to align four of your pawns in any six-space row --either horizontally, vertically or diagonally-- without opposing pawns between them, and the more advanced Capture game, where you're trying to capture your opponents' key pawns (kings, really).