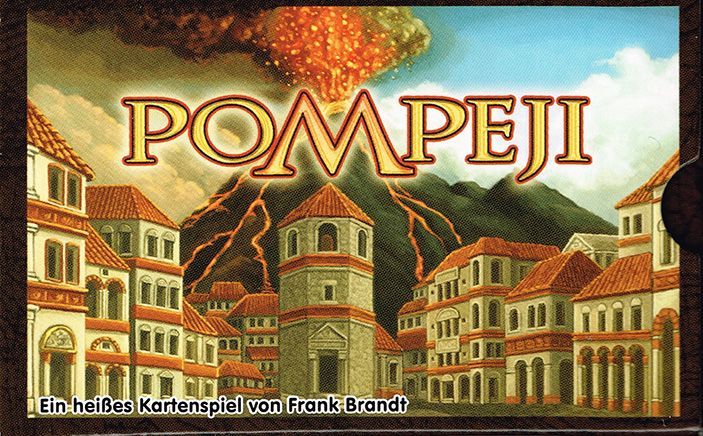 Players build the city of Pompeii in a 7x7 grid using cards that each show various building types, numbers and colors. The same building types and colors may never be placed horizontally or vertically adjacent. During placement, horizontal, vertical and diagonal "streets" emerge, and players score points when they place cards with elements that match other cards along a street. Thus, with each placement, a player has the potential to score points along 4 different streets - 2 diagonal, 1 vertical and 1 horizontal. If a card's color matches others in a street, the player scores points equal to the highest-valued card of that color. If a card's building matches others in a street, the player receives the total sum value of all the matching buildings. Players receive a 7-point bonus for placing the 7th building in a road. Players also receive one special building permit card that allows an extra or out-of-turn play and one statue card, which acts as a wild card. The game ends when the second of two volcano cards in the deck is revealed.