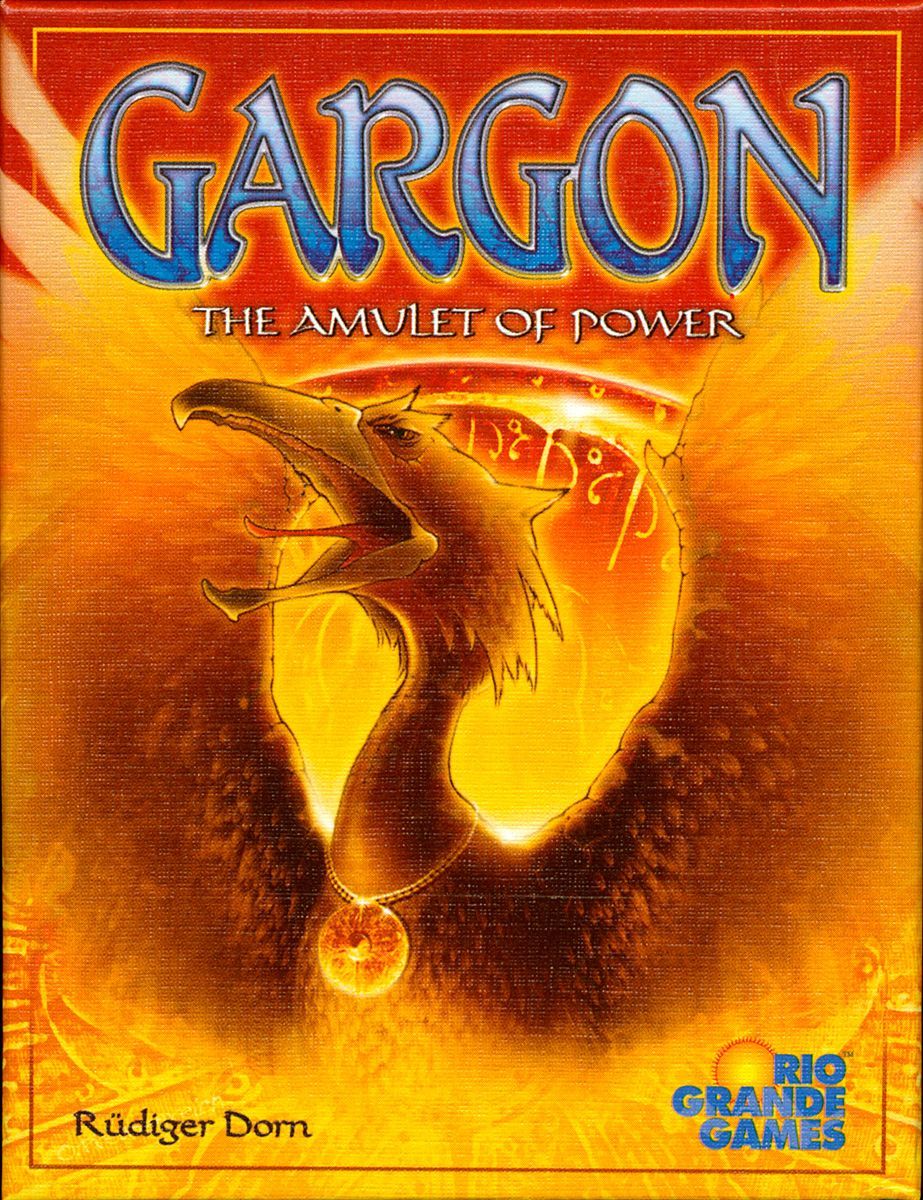 Contents - one deck of 102 Gargon cards in 6 suits, plus 18 bonus cards. One rulebook. Gargon is fantasy themed card game for 3-5 players. There are 6 suits of Gargon cards, each representing a fantasy creature, with values 0 to 15. The cards also show amulet symbols, with the low value cards having more, the highest value cards having none. At the end of the game, the player who has won the most cards in each suit gets a bonus card worth ten points, or five points if tied - this is what the 18 bonus cards are for. Each amulet is also worth one point. The zero value cards have no amulets themselves, but double the amulet count for that suit, or quadruple them if both 0 value cards in that suit have been won. Ten cards are dealt to each player, and the rest are split into two equal draw piles, face down, in the center of the board. The draw piles are spread out so that the backs can be seen, showing the color of the suits. Players must also hold their cards so that the backs are visible. Each round the start player plays up to three cards face down, (but never three of the same suit), and the other players must follow in turn with the same number of cards in the same distribution, or pass. There is no requirement to follow suit in general, but if, for example, the start player puts down three cards in three different suits, the other players must also play three cards in three different suits. The last player is restricted to suits that have already been played. Anybody who passed draws 1-3 cards from the two draw piles in the center. A battle is then resolved for each suit that has been played, with the highest card winning the battle and going into its owner’s stash of Gargon cards to be scored at the end. The losing cards are discarded and the players draw replacements. If anybody played two cards of a suit, a second battle is fought with the weakest of the pair. The game ends when one of the draw piles is exhausted, and the current round is played out, then the totals are scored.