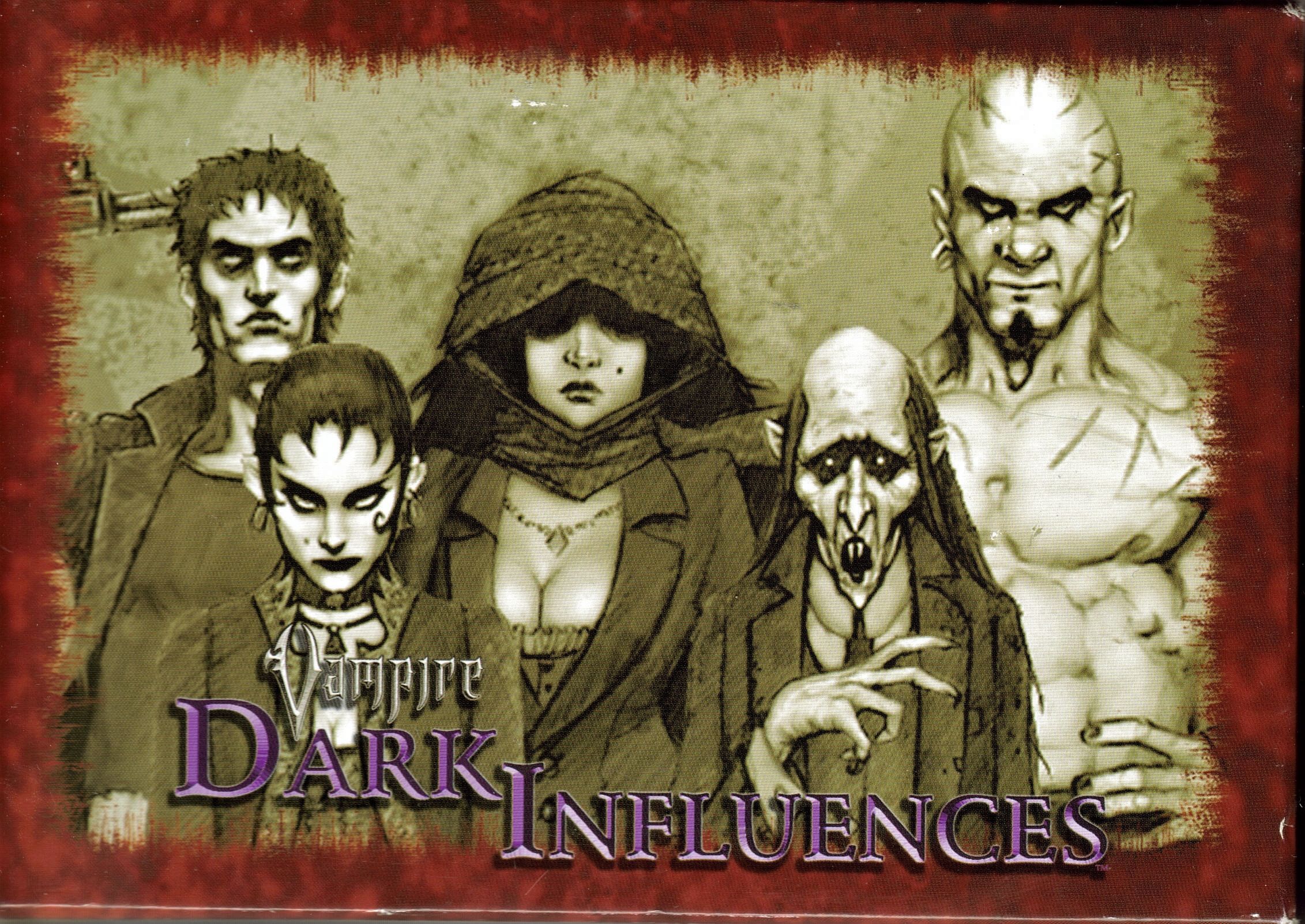 From White Wolf website: "There is a World of Darkness much like our own. Hidden from humanity by a veil of deceit, the vampires of this world play games of intrigue, politics and betrayal. You are one of those vampires, called Kindred. Your Prince among the undead has declared that he will go into torpor, the rest of ages, and will choose a successor before he passes. The vampire who wins the support of the most allies before dawn will be declared the new Prince. Vampire: Dark Influences is a game for two to five devious players who forge bonds, win favors and break vows to reign supreme over the night. This game includes: 5 different clans of vampires, one for each player 25 Kindred Cards, whose favor is won to claim the throne 30 Event Cards to attack, deceive and stymie opponents Blood tokens for each clan One 10-sided die. "