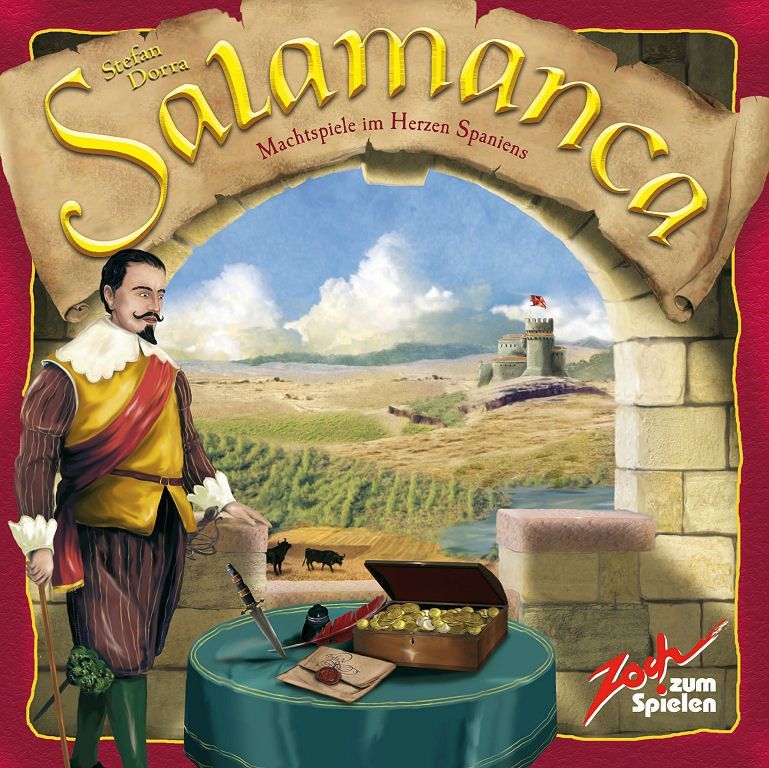 from Zoch: In the province of Salamanca, in the heart of Spain, there is plenty of activity. It is the middle of the 16th Century and young, ambitious noble families are reclaiming the dry hinterlands, building fields, forests, and lakes around their castles. Piece by piece - parcel by parcel - their holdings increase. Farmers work the fields, and in especially successful areas, monks found their influential cloisters. But everything happens under the watchful eyes of the nobility. Intrigues are hatched, tax collectors fleece the landowners, and far too often entire tracts of land are lost to locust plagues. Only he who keeps a cool head will become the Duke of Salamanca. Through clever use of cards in hand, players obtain tiles for placement (buildings, landscapes, privileges) as well as the ability to carry out certain actions. The tiles obtained are placed on tactically important spaces on the game board. Players can also place ownership markers onto buildings. By cleverly placing landscape tiles adjacent to the proper buildings, valuable regions can be formed that will bring in doubloons. Through the actions that can be gained by playing cards, players can bring plague stones (among other things) onto the board, and thereby block their opponents' tiles. The winner is the player with the most doubloons at the end of the game.