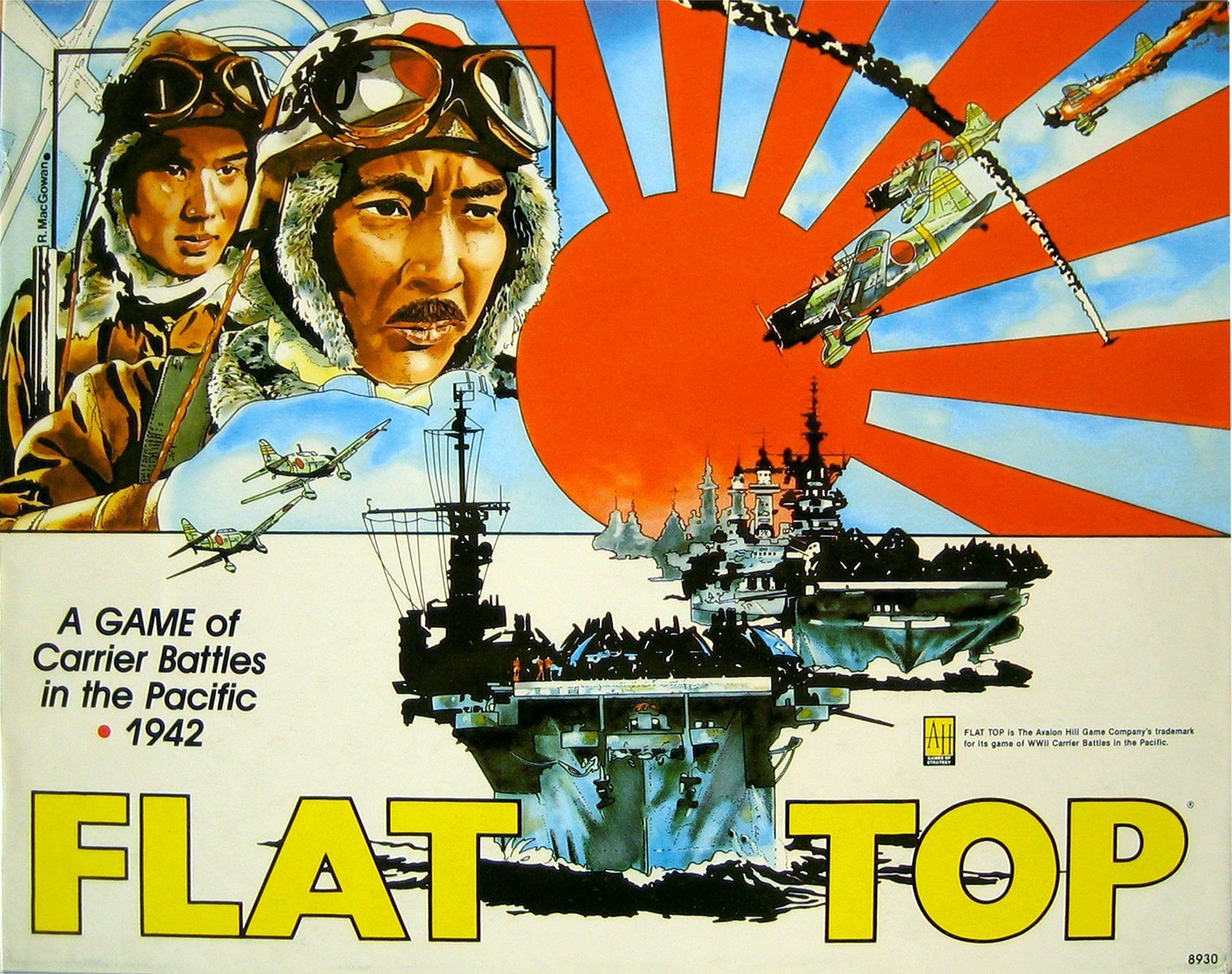 Flat Top is a board game of high complexity that covers the battles of the Solomon Seas between the United States and Japan in 1942. It is very well researched and covers all aspects of naval and air combat as it existed in 1942. The system depicts weather, air searches, air combat, surface combat, carrier operations, submarines, air bases, supplies, and much more. The game requires intense planning and searching since movement is covert and the map is pretty huge. The units are individual ships and submarines with each air point representing three aircraft. Hexes are twenty miles, and each turn represents one-hour. The game includes thirteen hundred counters, 4 maps to create a 44" x 28" map of the South Pacific, four Allied/Japanese operations cards, three player aid cards, and two log sheets.