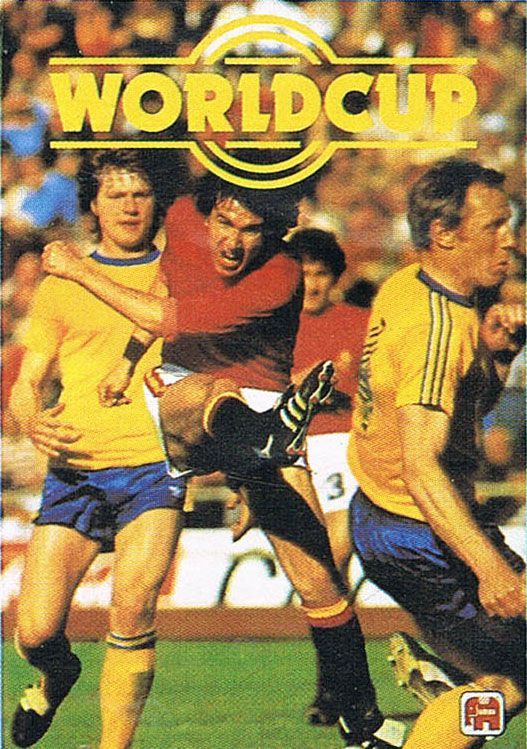 World Cup is a soccer game which is played in 2 phases, the arrangement of the teams phase and the soccer match phase. There are 32 soccer player cards in 4 colors, as well as 12 Superstar cards and 12 Fan cards included. Each player is dealt 4 soccer player card, 1 of each color, and some money. During Phase-1, the players walk around a 16 space course, spend money for soccer player cards, superstars and fan cards. They also need money to make transfers with other players or to replace soccer players, which have been hurt by injuries. The strength of all teams is always kept up-to-date, because the income depends directly on it! As soon as all soccer playing cards are sold, Phase-1 ends and players with incomplete teams pay for making up their teams again. If they don't have enough money, they get the worst available cards. Phase-2 is the match phase (money does not help here anymore): The matches are played on a 7x13 playing field. Each team has 3 tokens which merely serve as defenders. The ball is moved by putting cards on the table. The attacker must announce, which card(s) he wants to play and the defender can then arrange his tokens according to certain restrictions. Goals can only be realized by Superstars - but there are 12 in this game, so most matches will end with a winner. A match is finished, when one player has played all his cards. All succeeding matches must be played with the same deck of cards, so it's clear, that Phase-1 is most important to become the final World Cup Winner.