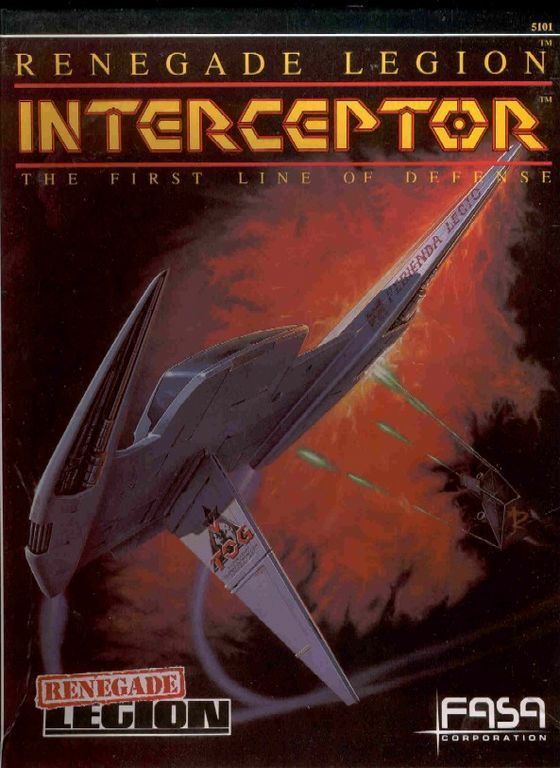 Renegade Legion: Interceptor is a space battle game played on a large hex map and features unique playing pieces that are space ships made "3d" by being printed on little 1" cardboard boxes. Players can choose from a variety of ships each of which have their pros and cons, and ships fight it out with "standard" battle systems that include thrust movement, targeting, and variable weapons damage. FASA also attempted to include some optional role-playing aspects into the game.