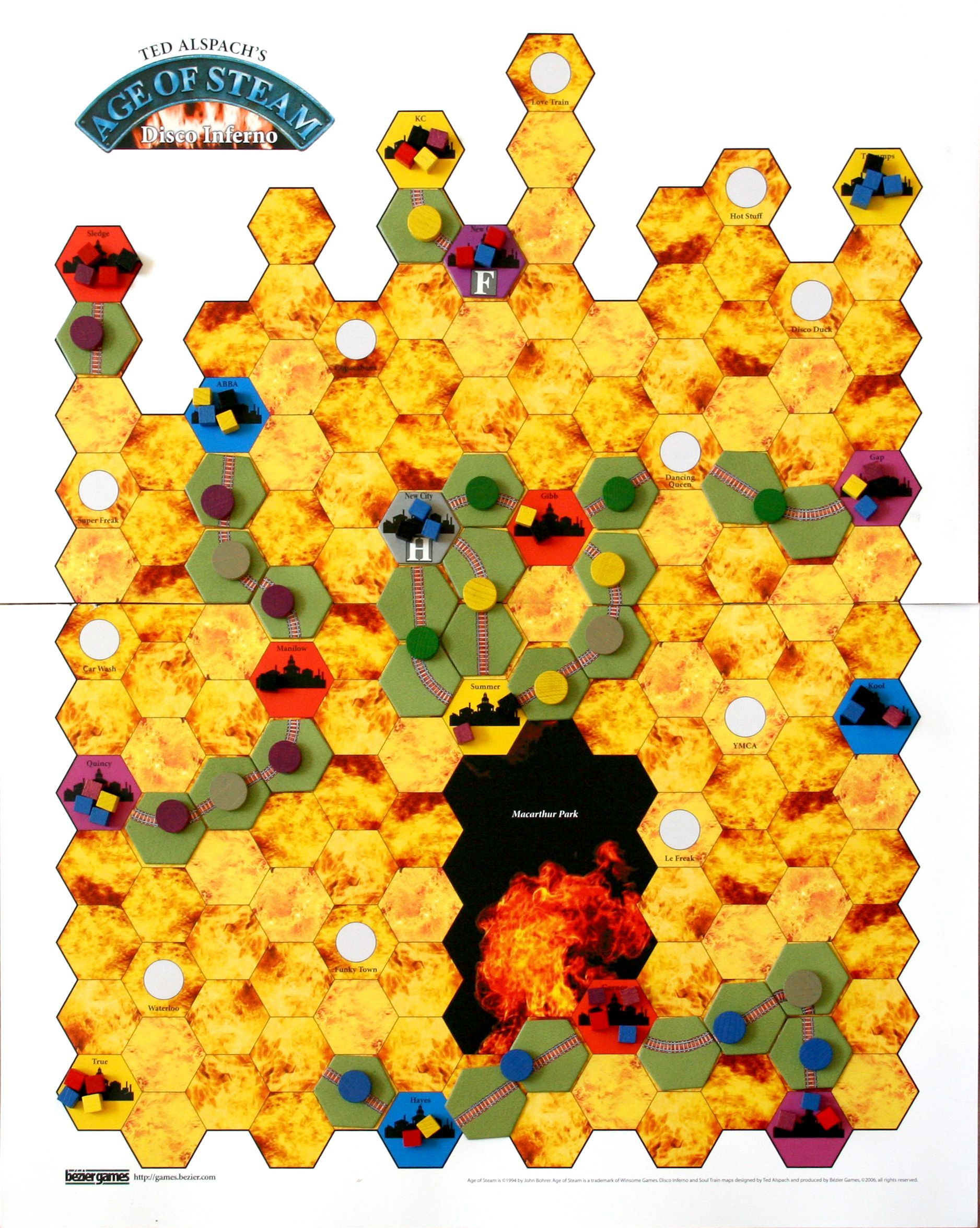 This Age of Steam Expansion expands the game to a Disco Inferno and a Soul Train. Age of Steam Expansion: Disco Inferno: This expansion takes place in a Disco Inferno, where -- satisfaction comes in a chain reaction -- and everyone keeps shouting "Burn, baby, burn" as you set up routes for disco dancers (goods cubes) to be shuttled between various discothèques (colored cities) on a map covered with flames. Unique features for this map include empty cities that 'burn to the ground' when goods are emptied out of them, as well as the ability to 'chain' deliveries together from one city to the next up to your total Locomotive strength. Age of Steam Expansion: Soul Train: Souls are in jeopardy, and only you can save them! Build a train to carry souls (goods cubes) from Hell to Earth, and then deliver them to their final resting spot in Heaven. This Age of Steam expansion uses the bottom of the 'Disco Inferno' board for the first part of the game as you deliver cubes from Hell to Earth. Then you flip over the Hell part of the board to show Heaven, which is placed above Earth, resulting in a linear delivery system that provides a strategic challenge to Age of Steam players.