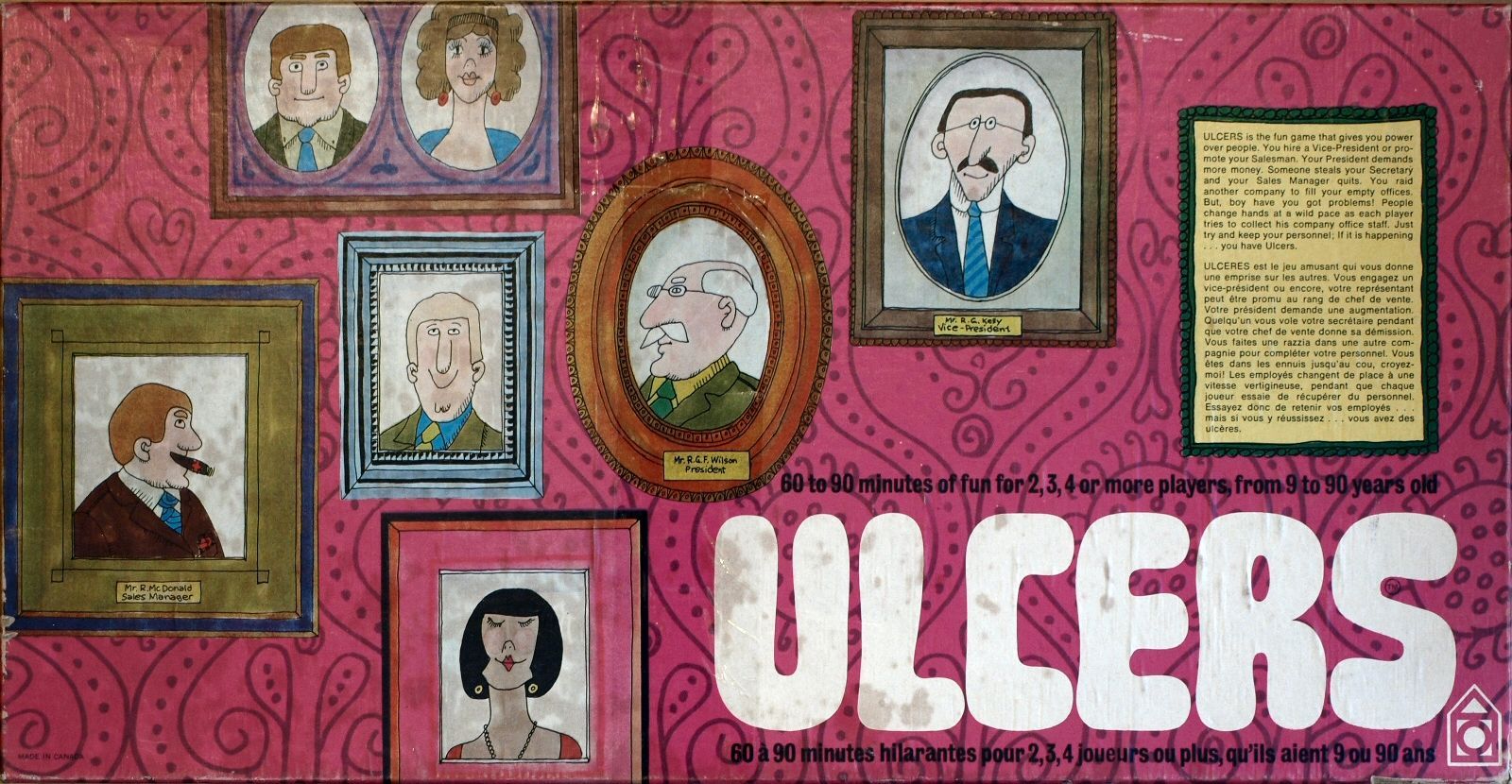 This game's theme is fairly unique: you are trying to assemble a full staff of personnel (two secretaries, two salesmen, one sales manager, one vice-president and one president) to run your company. The problem is there aren't enough available in total for more than one company to achieve that goal. You win by assembling a full staff and making it safely around to a New Fiscal Year (the "Go" square, in other words). As you move about the (bilingual, two-sided) board, you'll have opportunities to hire or raid competing companies. You must decide how much to pay your people --not enough and they'll switch companies, too much and your company will go bankrupt. Managing your money is an important aspect of the game but it isn't the victory condition. Amusingly, the early editions had all-female secretaries and all-male higher personnel; later editions kept the illustrations but shuffled them throughout the positions. From Waddington ad: "Ulcers is the big business game that recognizes an important business fact: PEOPLE are among a company's most valuable assets. And people are why executives get ULCERS. Suppose you had to form a company and had to hire a staff of executives, managers,salesmen and secretaries. You probably think it would be easy but it isn't. ULCRES puts you in the owners chair. You form the company, hire the staff and you try to keep them."