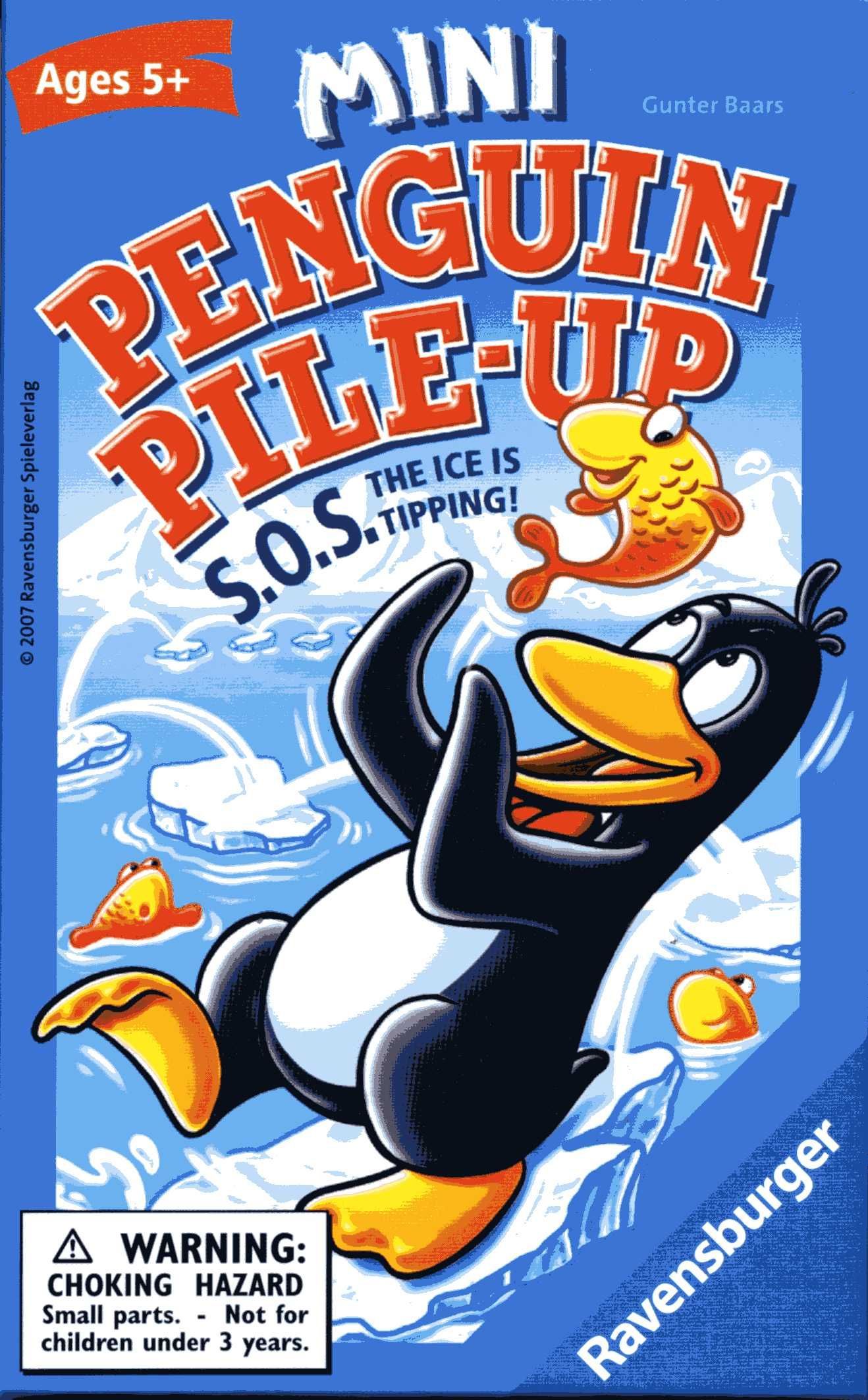 Mini Penguin Pile-Up is a children's game for 5-10 year olds with essentially the same (German) name as Iceberg Seals also published by Ravensburger. It is however a completely different game. The game comprises 8 iceberg tiles and a similar number of small wooden cylinders (in two types depending on whether you want an easy or more challenging game) on which the icebergs tiles are balanced. The icebergs are arranged on the table in a circle. A fish counter is placed one of the icebergs and the players take it in turns to move a penguin (the same type of penguin as in Iceberg Seals) the number of icebergs (1-5) indicated by the roll of a D6 (the sixth face of the dice shows a picture of a penguin meaning you do not move that turn). Players move the penguin from iceberg to iceberg, one at a time, attempting to place it so that it does not fall off. If at any stage the penguin/iceberg topples off its stand then it is reset and that player's turn ends immediately. Every time a circuit of the eight icebergs is completed the player moving the penguin at that time claims the counter and another draw from the stock of 16. Play continues in a similar manner until all are claimed. The number of fish (they vary from 1 to 5) on the players' counters are totaled with the winner being the player who has secured the greatest catch.