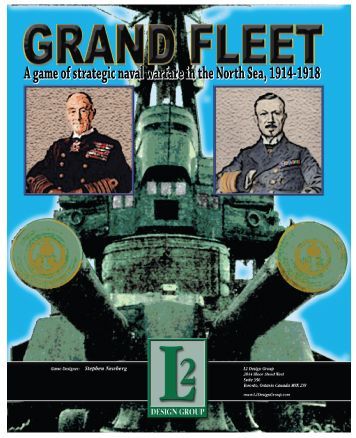 Grand Fleet is an uncomplicated war game on the naval struggle for control of the North Sea and British and German home waters during World War One. The game depicts this conflict at a strategic level, with most operational and tactical details represented by fast and easy-to-play systems. The intent of the game is to provide a broad overview of the historical events while being fun to play. Grand Fleet owes its original inspiration to Avalon Hill's War At Sea. The game borrows a number of concepts from this earlier game as a starting point, such as area movement, individual capital ships, battle line resolutions, and rolling sixes to hit, and then diverges significantly to reflect the World War One situation.