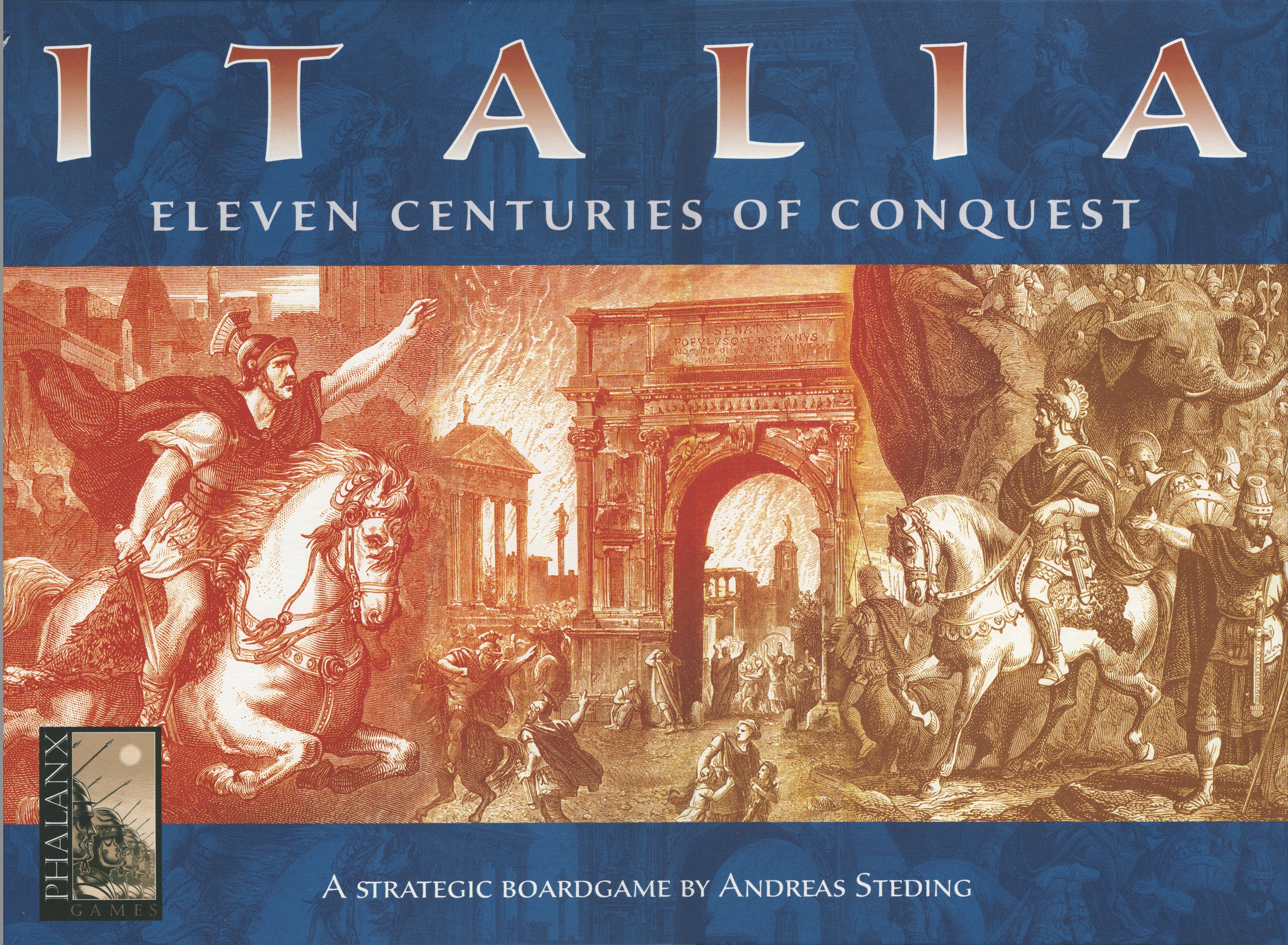 Italia brings to life almost 1500 years of Italian history, from 330 BC to AD 1100. During this time, numerous tribes, nations, and empires invaded the Italian peninsula. Italia I is a three player game simulating the history of ancient Italy until 80 BC, i.e., the rise of the Roman Empire. Italia II is a four player game that sets off at the fall of the (West) Roman Empire in AD 390 and simulates the medieval history of Italy until AD 820. In both versions, players lead different nations. Most of these were trying to settle down and to displace, conquer, or force the submission of the ruling nations or classes. The very interesting and variable game play guarantees long term fun and entertainment. Players will be able to use, among other things, more than 600 cardboard game pieces !