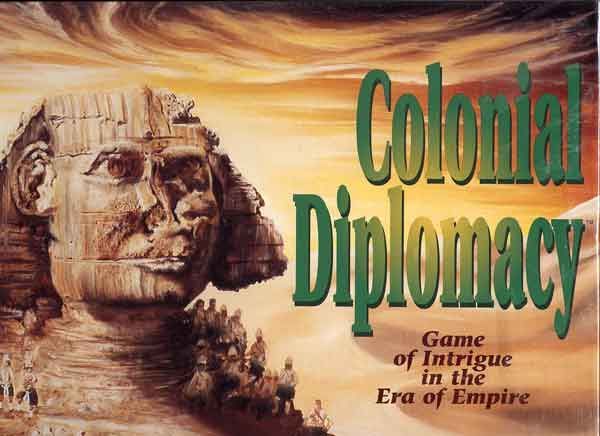 This is a different version of the original The Avalon Hill Game Co classic, Diplomacy. Players represent one of the colonial countries (France, UK, Holland, etc.) sparring over the lands and riches of the Far East. There are only two kinds of units: sea and land. On a turn, each of your pieces has very few options: move into an adjoining territory or help another unit move into or defend an adjoining territory. With its incredibly simplistic movement mechanics fused to a significant negotiation element, this system is highly respected by many a gamer. Re-implements: Diplomacy