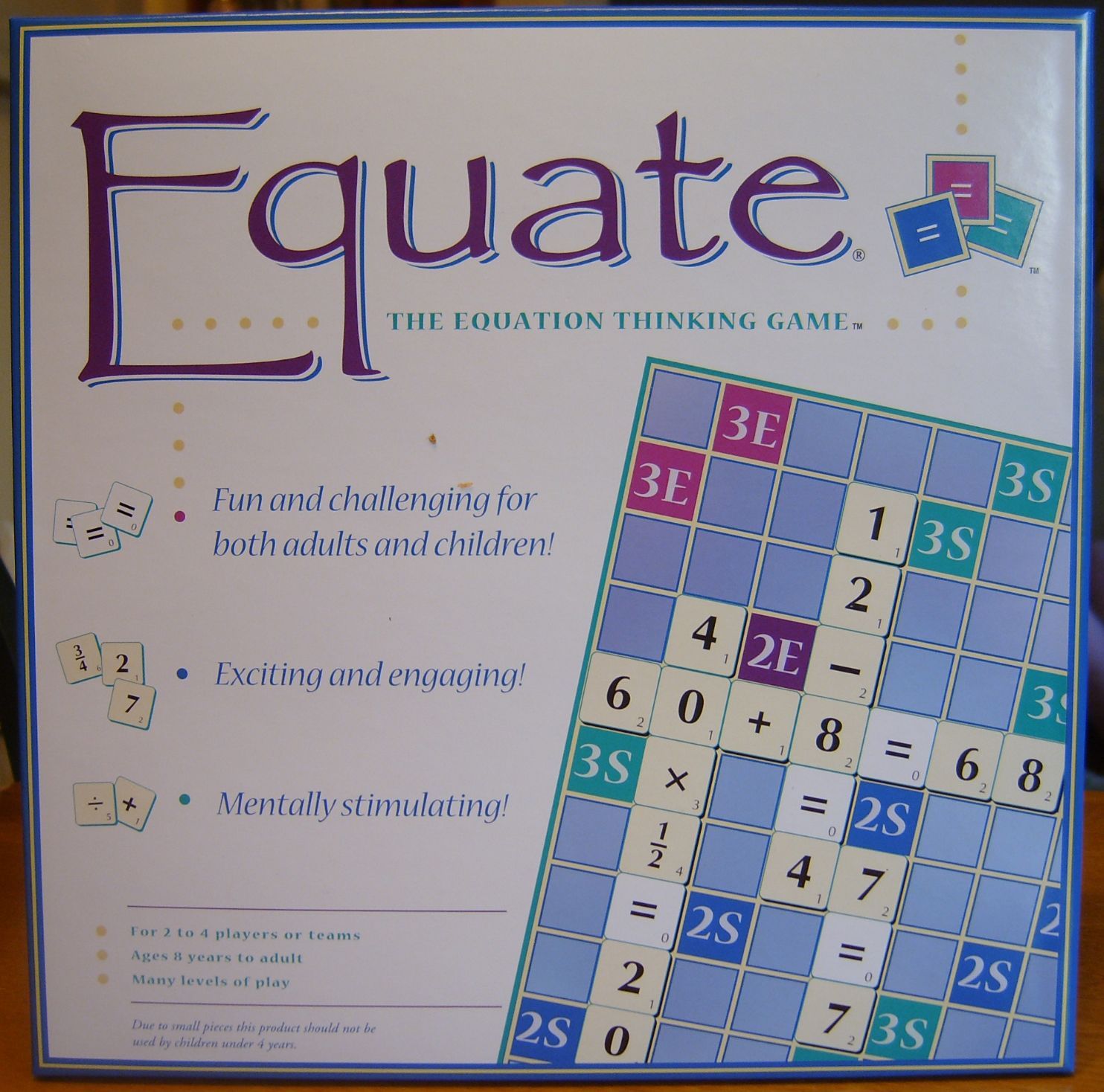 "Scrabble with math" is how this game is generally described, and the description is apt. The board is much like a Scrabble board, including spaces equivalent to "double-word score" and "triple-letter score". The difference is that, instead of placing words formed of letters, players of Equate place equations formed of numbers and symbols on the board. The beginners game (consisting mostly of addition and subtraction of integers) is pretty simple, but the standard game, bringing in multiplication, division, and fractions, can be something of a brain-burner.