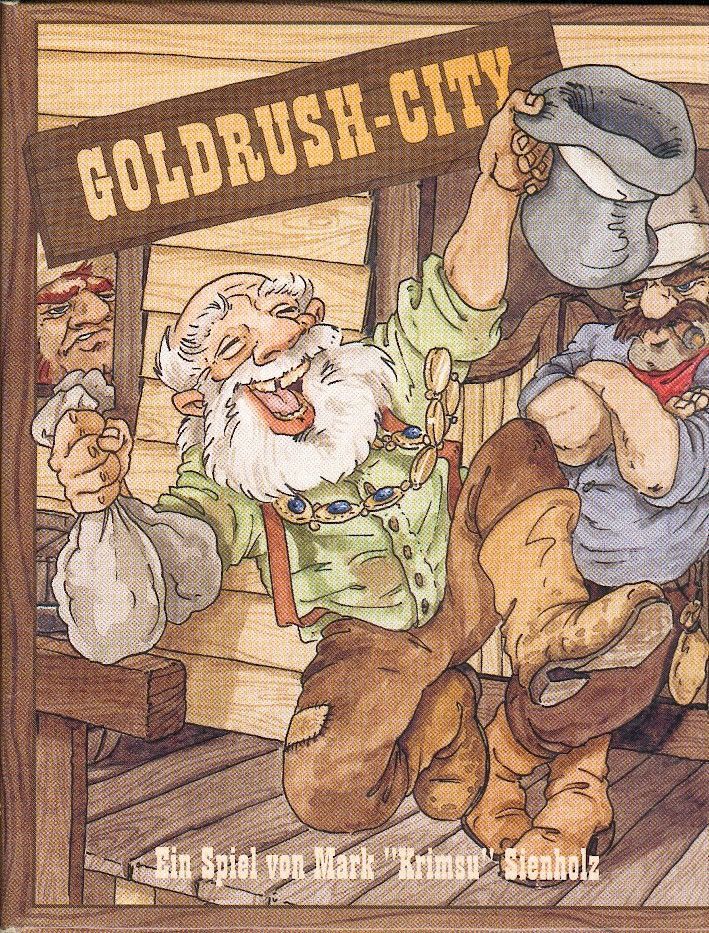 Premiering at Essen 2001, a game of gold digging and city building. Players take turns revealing event, resource and bandit cards from the deck. After the events are resolved, the players bid for the resources. Then the active player uses his action points and resources to acquire building permits, acquire tools or erect buildings which differ in their resource costs and advantages conferred. Bandits may also be used to further the player's goal, but may backfire if the dice are not friendly. Then players engage in a subgame somewhat akin to Blackjack -- but with a greater range of results -- to distribute gold useful for the next auction. What's tricky is to take in more gold diggers than anyone else, but not to take so many that the ensuing brawl wipes out all of the profits. The eventual winner is the player who has managed to construct the best set of buildings with bonuses for achieving multiple buildings of the same type. This player is elected Mayor of Goldrush City. Created by the designer of Strand-Cup.