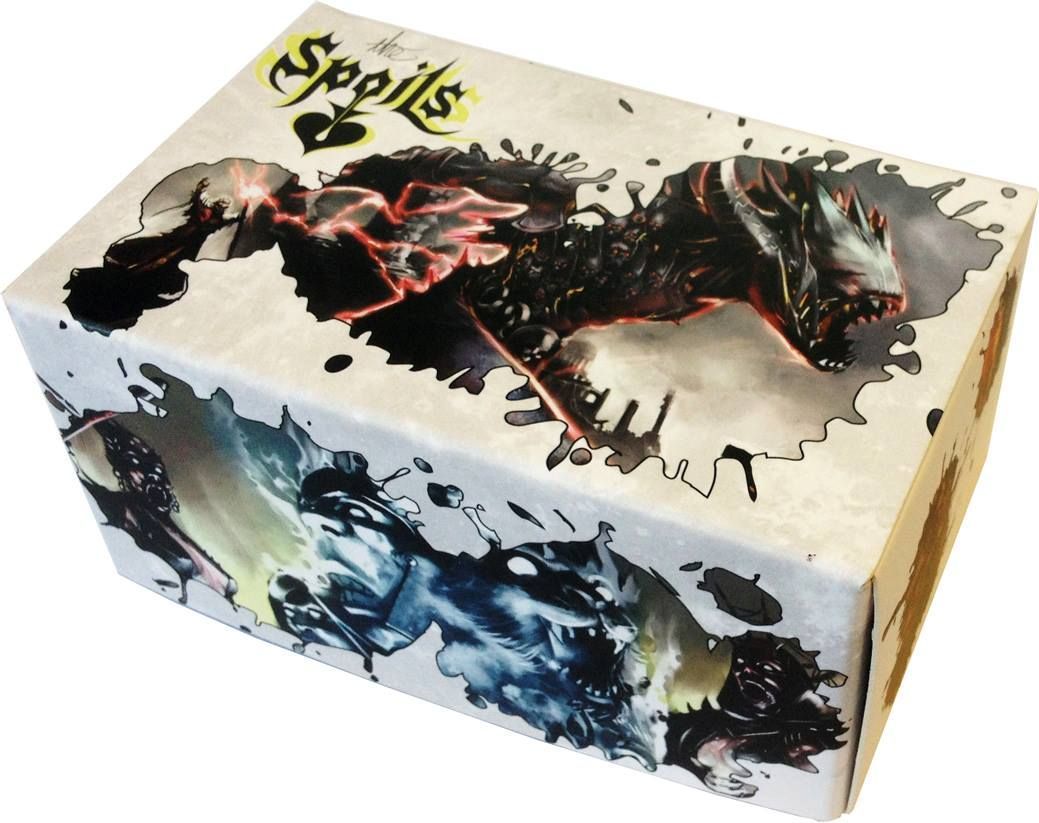 The Spoils, a card game first released in 2006 by Tenacious Games, taps into other card games such as Magic: The Gathering and Magi-Nation for some of its gameplay mechanisms, but the game is uniquely its own. You start the game with a figurehead or faction card in play that determines how you begin your turn and which actions you are allowed to take. These factions have special abilities, unique to each faction card. Players need to amass resource cards in order to play characters, tactics, items and locations, with each of these card types often having subtypes. Players may drop any card from their hand face down as a resource, but cards dropped in this manner will not count as having any resource icons – and you need those to play cards. The resource icons come in the form of five trades, which are: Banker (Greed icon) Rogue (Deception icon) Warlord (Rage icon) Gearsmith (Elitism icon) Arcanist (Obsession icon) Discontinued at January 1st, 2017.