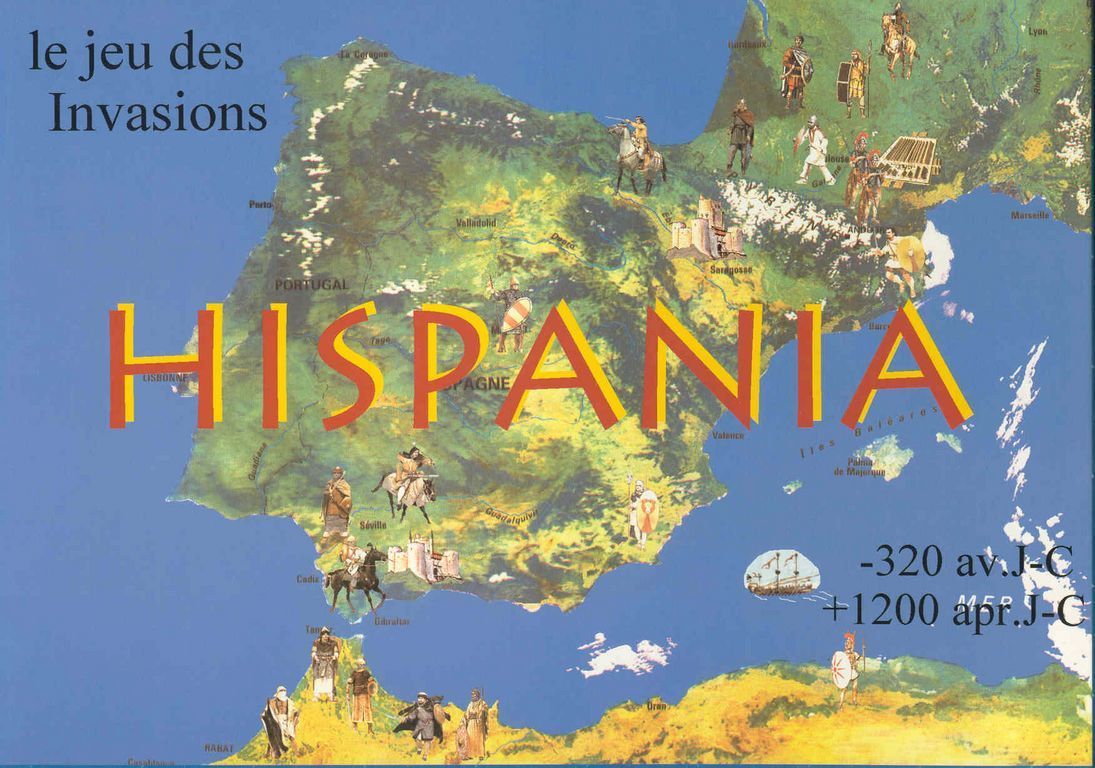 Hispania gives four to five players a chance to re-enact this dramatic period of history. It sets out from the arrival of Carthage in the fourth century BC, follows the footsteps of Roman, Germanic, Byzantine and Muslim conquerors, and finally takes part in the early reconquista of the Christian kingdoms of Castile, Leon, Aragon and Portugal. Hispania adapts the basic system of Britannia and re-locates it to Ancient / early Medieval Spain and Portugal, adding and changing some rules along the way. The actual time period covered is 320 BC to 1220 AD. In Hispania advanced rules, the players try to outbid each other in an auction for up to 30 different tribes and peoples. The auction system guarantees that each game is quite unlike the previous one. Each time the players lead different peoples and adjust to their respective victory conditions, all of which have been modeled on historical requirements. Special unit types include Knights, Castles and Elites. Several nations undergo transformations, for example the Romans becoming Hispano-Romans. Naval invasions are allowed for some powers. The game includes: 640 counters (4 countersheets) 1 map (84 x 59 cm - 33 x 23.2 in) - Azure Wish version has a 1994 or 1996 edition map 1 rule booklet (24 pages) 5 scenarios: 320 BC to 961 AD (13 turns) 205 BC to 1030 AD (12 turns) 205 BC to 1100 AD (16 turns) 320 BC to 1100 AD (19 turns) 320 BC to 1220 AD (21 turns) 4 player's aids 2 dices (10 sided) (source: adapted from the back of the box, Azure Wish edition)