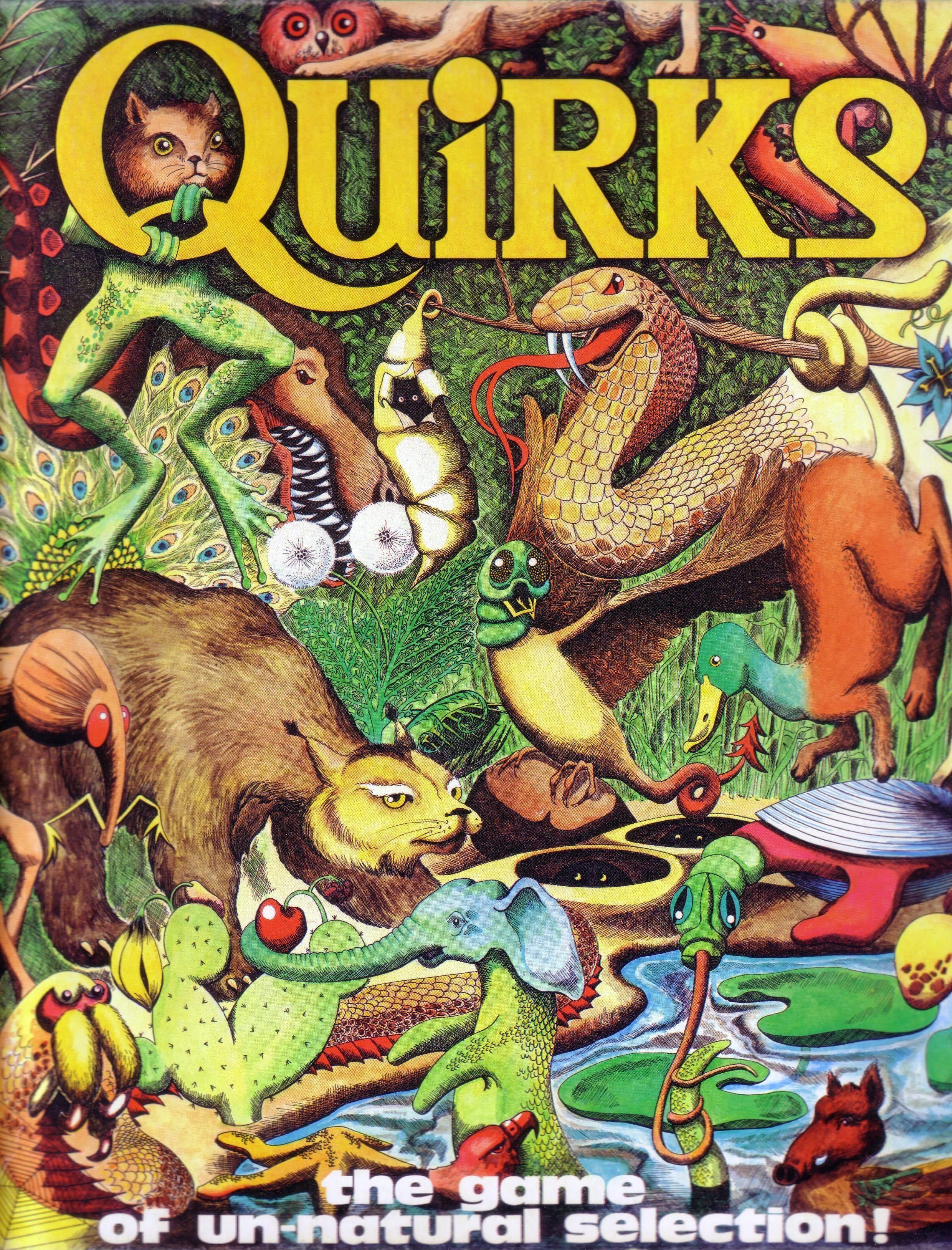 From the back of the box: Create strange plants and animals - QUIRKS of nature. Struggle to keep your creations alive in a world of rapidly changing climates. Strive to be the first player to make three dominant QUIRKS. Match wits against opponents who threaten your survival. But BEWARE! If three of your QUIRKS become extinct, you've lost the game. In Quirks, players build unusual plants, herbivores, and carnivores by combining cards that show one of three segments of that plant or creature. Each card is of a particular quirk: a distinctive trait that may give a bonus. Players attempt to create the dominant species of Plant, Herbivore, and Carnivore in the current niche for that turn's climate type -- Ocean, Forest, Plains, Desert and Jungle. Included are rules for solitaire play, but otherwise Quirks is good for 2-4 players using the standard game. There are also simplified rules for Quirklings, a streamlined version of the game designed for children of ages 7-11, which can handle 2-6 players.