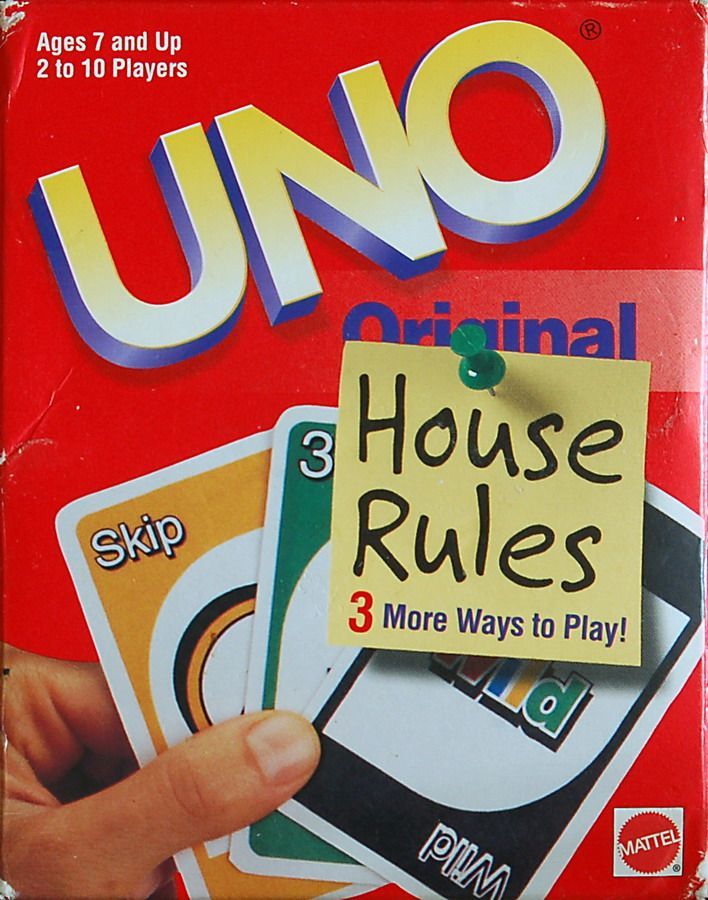 This is the original Uno Card game with three new ways to play. Mattel had a contest to see what "House Rules" people used and added the three best variations. The Variants are as follows. Jump-In Uno: In this variation a player can assume control of the game if they have the exact same card that is on top of the discard pile. (This was the first place winner submited by Wess Eslinger.) Seven-O Uno: This involves passing your hands to other players when certain cards are played. (This was the second place winner submitted by Sarah Petite.) Progressive Uno: If a draw card is played then the "victim" can play the same type of card thus passing the result on to the next player. (This was the third place winner submitted by Douglas Temple.)