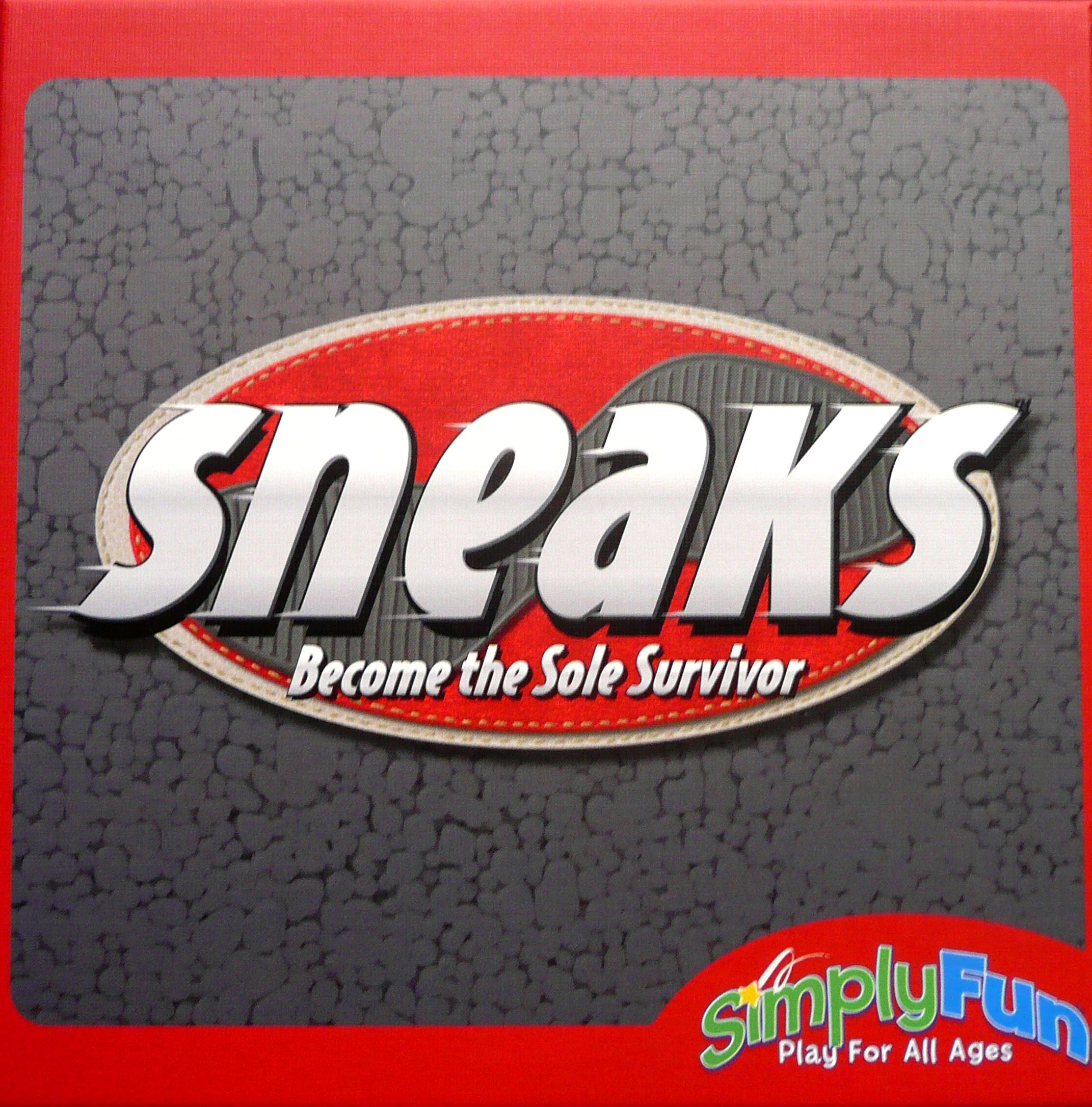 From the Web page... Round up a group of friends and get ready for some fast-paced fun! The action heats up as players wildly pass cards around the table to collect four cards of the same kind. Once you have the right set, grab a sneaker, sit back and laugh while everyone else scrambles to snatch one too. Get stuck without sneakers too many times and you're out! Be the last player in the game to become the 'sole' survivor. - - - - - - - - And adopted from their guide on how to teach the game: - Players sit in a circle - Place the little plastic sneakers in the middle of the table, one less than the number of players - Shuffle the cards and deal 4 to each player - Players simultaneously select a card from their hand and place it face-down to their left (last player is creating a discard pile with his selected cards) - Players then simultaneously pick up the card to their right (first player takes from the draw pile) - Goal is to obtain an hand of 4 cards all of the same value - Wilds can be used for any card value to create four of a kind - When a player collects a 4-of-a-kind set, he grabs a sneaker from the middle of the table. Then all other players can take a sneaker, regardless of what is in their hand - If draw pile is exhausted, dealer shuffles discard stack to become the new draw pile - The player who did not get a sneaker receives a penalty letter – S. - As rounds continue and players spell S-N-E-A-K-S from penalties. When a player completes the word SNEAKS, they are eliminated from the game and 1 sneaker is removed from the center of the table - The last player in the game is the WINNER! - - - - - - - - I assume that the "dealer" (first player in the chain) shifts from round to round, otherwise they'll get all the wild cards that aren't dealt out at the beginning).