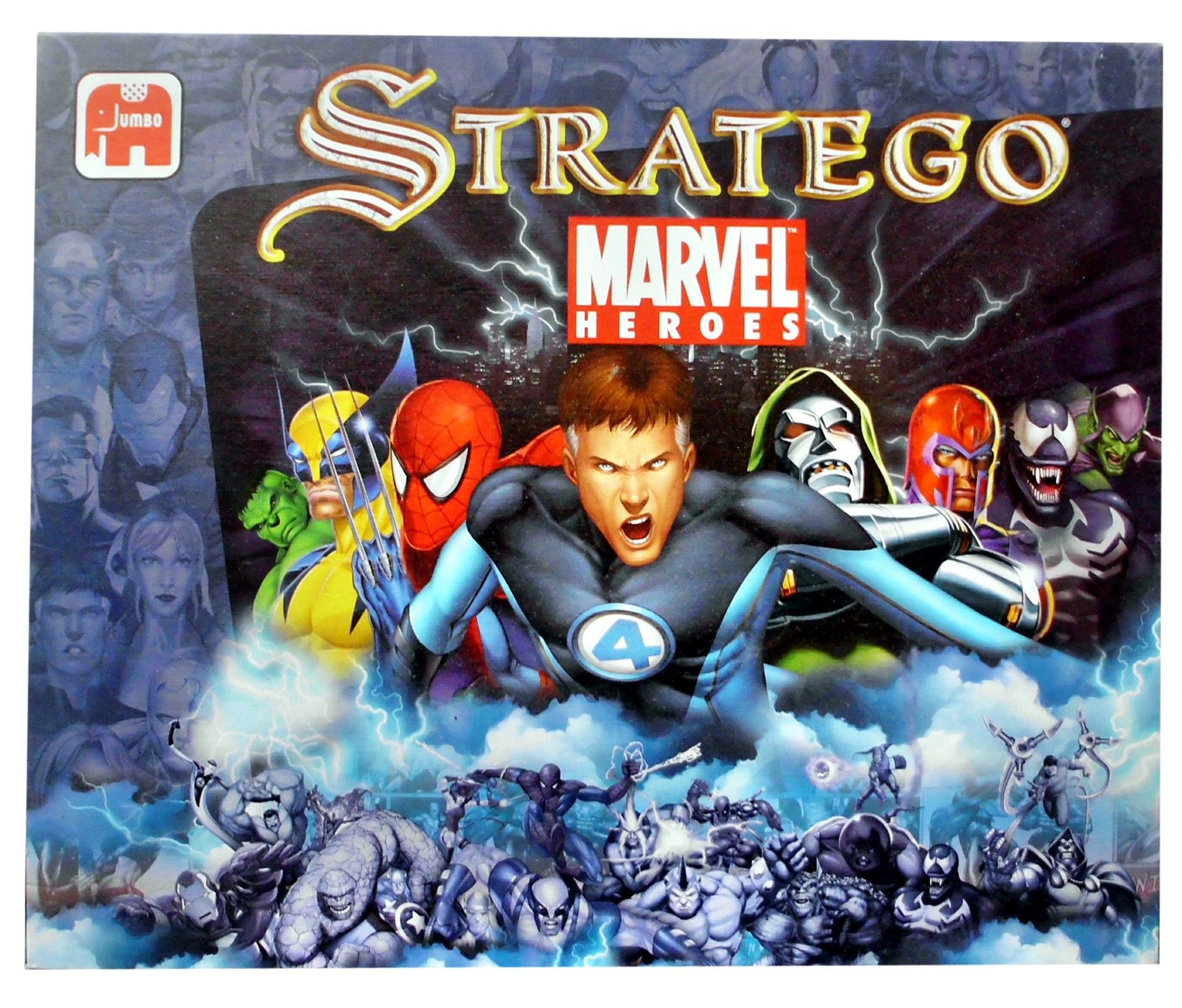 A variation of the popular game based on the Marvel Universe. Protect your characters while attempting to capture your opponent's leader. Secretly place your heroes, villains, bombs and flag on the gameboard with these objectives in mind. But remember your opponent is doing the same thing, so you must plan a defense as well as an offense. Once the characters are in place, advance your men. When you're one space away from an enemy, attack. You and your opponent declare ranks. The lower-ranking man is captured and out of play. You control your pieces and risk your characters in battles where the strength of your enemy is unknown. The suspense builds as your men move deeper into enemy territory. Move with caution and courage. The next piece you attack could be a bomb. And when attacked, it could "blast" your man off the board and out of play. The first to capture an enemy leader is the winner!