They Shall Not Pass: The Battle of Verdun 1916 - Universal Statistics 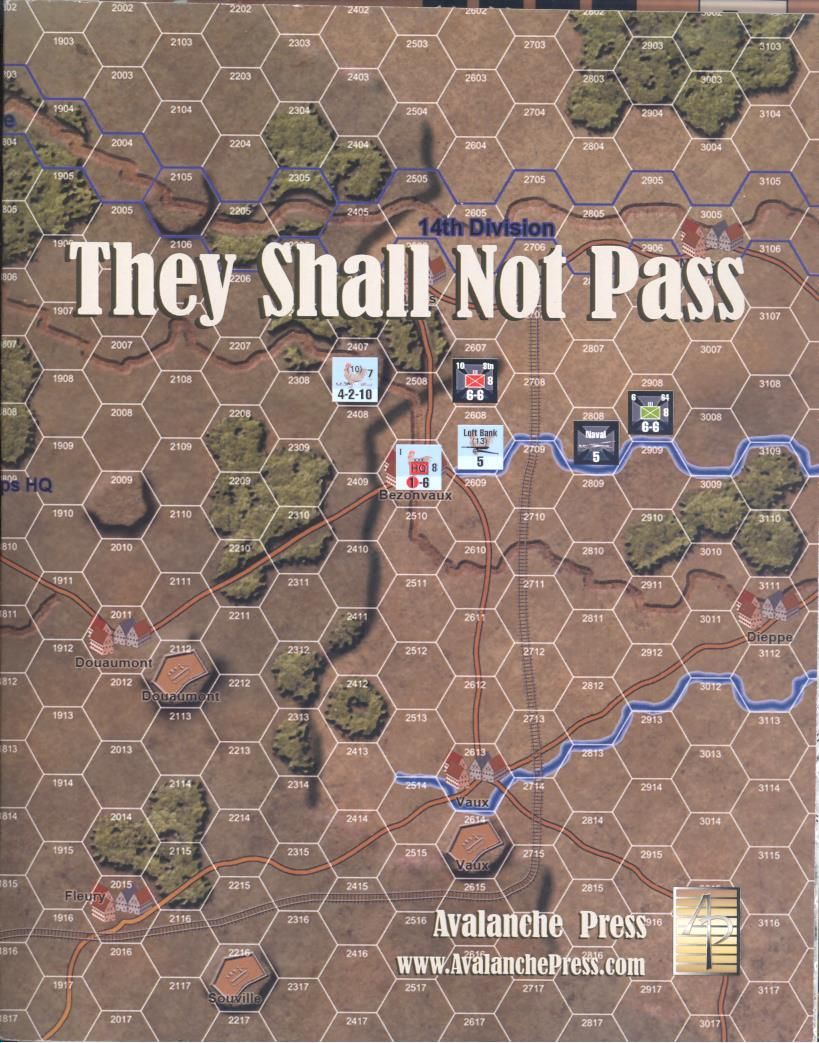 From the Publisher: "The new game system has the clean play of the designer’s masterpiece, Defiant Russia, and is crafted to fit the nature of combat in 1916. Artillery bombardment and assault combat take place separately. Elite troops have numerous advantages, and morale is a vital component of the game. Game pieces represent regiments and a handful of battalions. Units are rated for morale, attack, defense and movement. The game is packaged just like Defiant Russia in a small box."