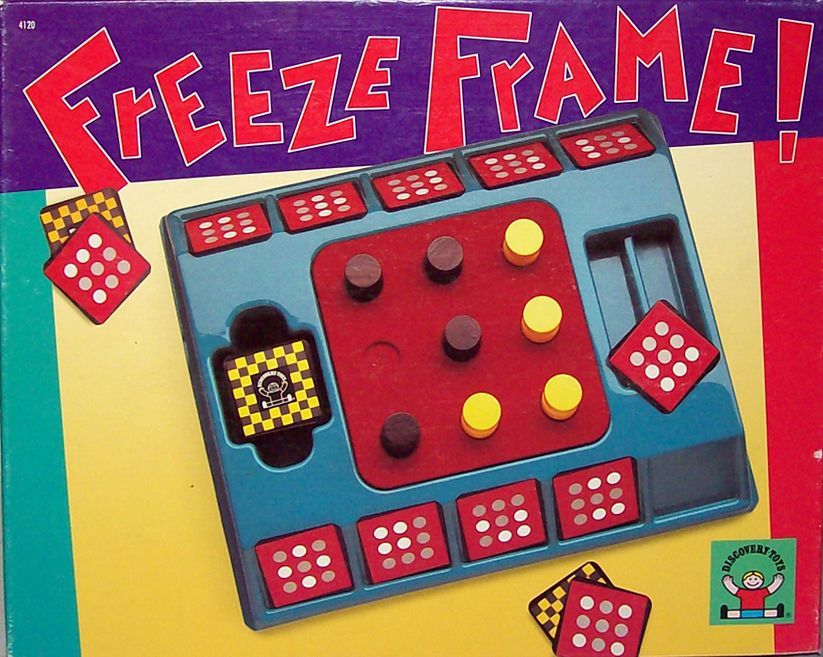 The board consists of a 3x3 felt grid on which move eight wooden tokens (four of each of two colours). You are dealt five "frame pattern" cards *after* initial deployment of your pieces. Yellow begins by moving any one of his pieces to the empty space on the grid. Black does the same in turn. Every time the pattern formed by your pieces matches that shown on one of your cards (you're allowed to orient the cards freely), you shout "Freeze Frame!" and score that card. You then replace the card with a newly drawn one. First player to score five cards wins. Play can be prolonged either by going for a larger number of cards or by going through the entire deck of 34 frame patterns. Each card shows four white dots and ignores the opponent's piece deployment, so you're really playing two different games at once and just getting in each other's way. Neat.