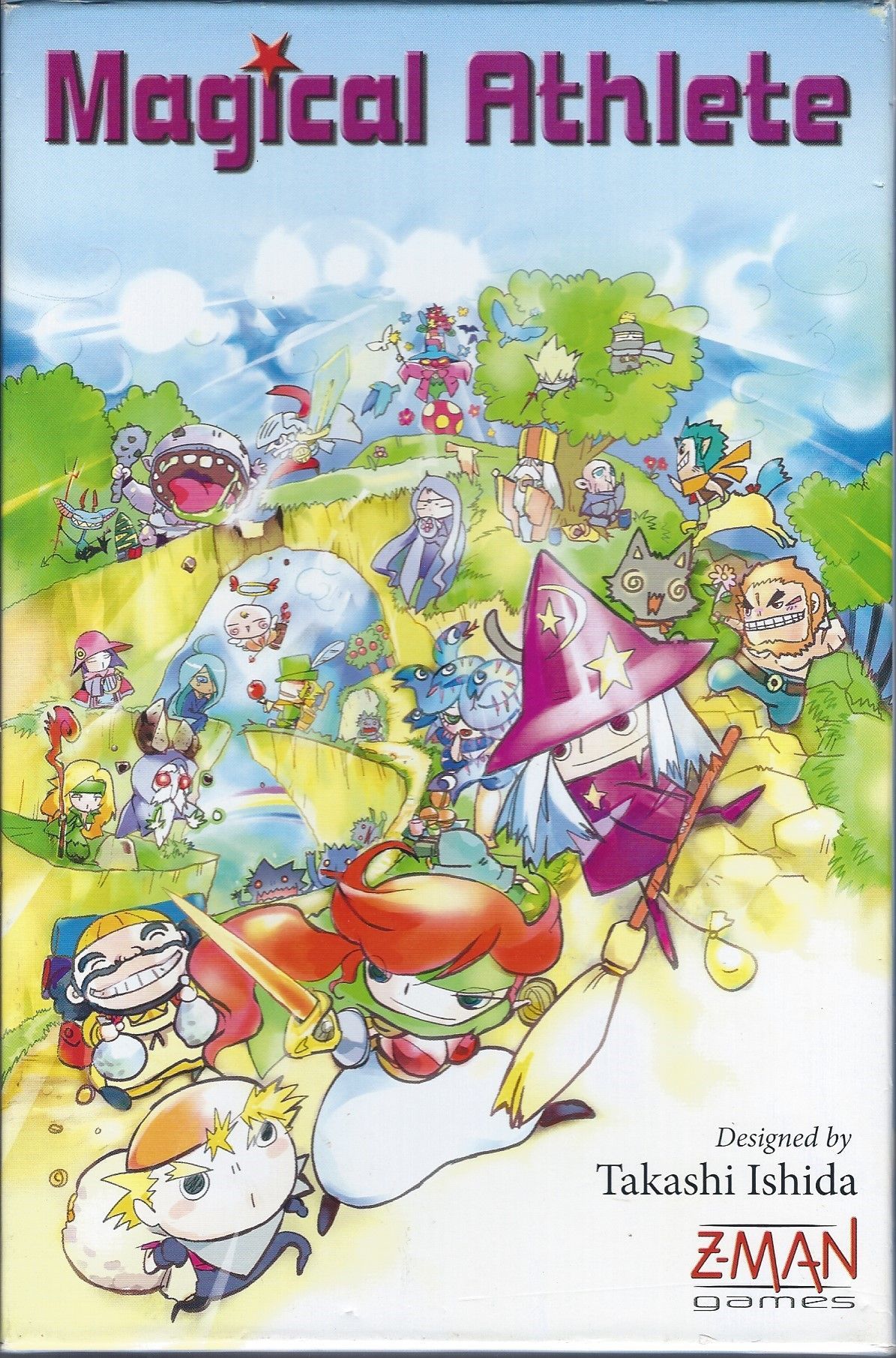 A Japanese racing and sports competition game using athletes with special powers. The game is consistent with other games in the Grimpeur series in that it comes in a colorful small box and has modest components. Game Summary Players all start with seed money, used to draft a team of racers. The racers come out in random order, and each have a unique power (mostly modifying movement rules, sometimes giving extra pre- or post- race abilities). The draft is as follows: shift any unbought racers down one step on the board (decreasing prices as they shift), then add a new card to the display. If all spaces full, must buy one. After players have their racers (a few will remain out of game), there will be 4 or 5 races. For each race, players secretly simultaneously choose a racer. Then, in turn order, simply roll d6 and move your racer. Of course, special powers modify movement throughout the race. The first 2 finishers score VP (more VP in later races); most VP after all races wins!