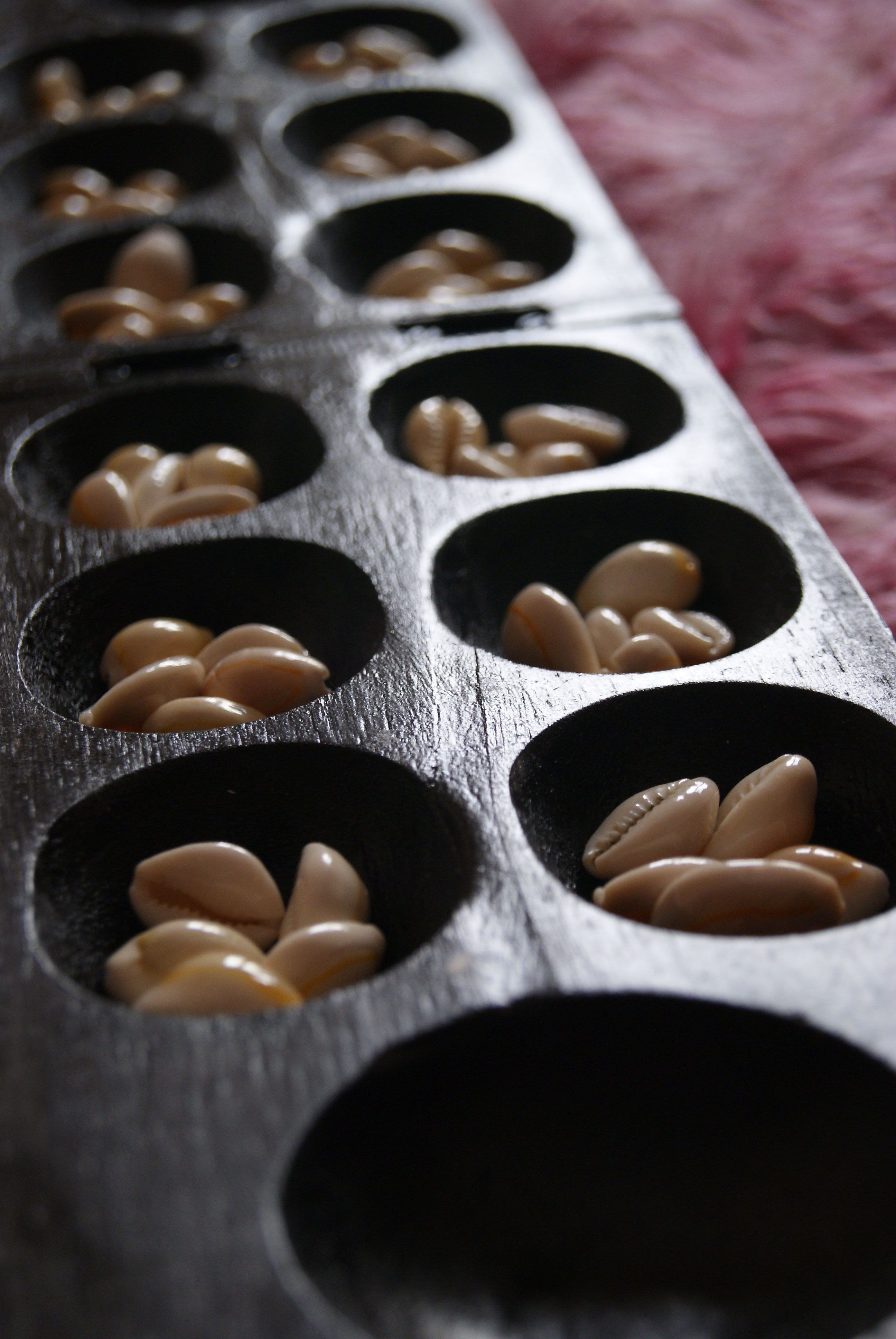 Mancala is a whole family of games. This entry is referencing only the popular game also known as Kalah, invented in the 1940 by William Champion Jr.. The game is played on a board of two rows, each consisting of six round pits. The rows have a large store at either end called kalah. A player owns the six pits closest to him and the kalah on his right side. Beginners may start with 3 seeds in each pit, but the game becomes more and more challenging by starting with 4, 5 or up to 6 seeds in each pit. Today, 4 seeds per pit has become the most common variant, but Champion recommended the expert game with 6. Play is counterclockwise. The seeds are distributed one by one in the pits and the players own kalah, but not into the opponent's store. If the last seed is dropped into an opponent's pit or a non-empty pit of the player, the move ends without anything being captured. If the last seed falls into the player's kalah, he must move again. If the last seed is put into an empty pit owned by the player, he captures all contents of the opposite pit together with the capturing piece and puts them in his kalah. If the opposite pit is empty, nothing is captured. A capture ends the move. The game ends when one player no longer has any seeds in any of his holes. The remaining pieces are captured by his adversary. The player who has captured most pieces is declared the winner.