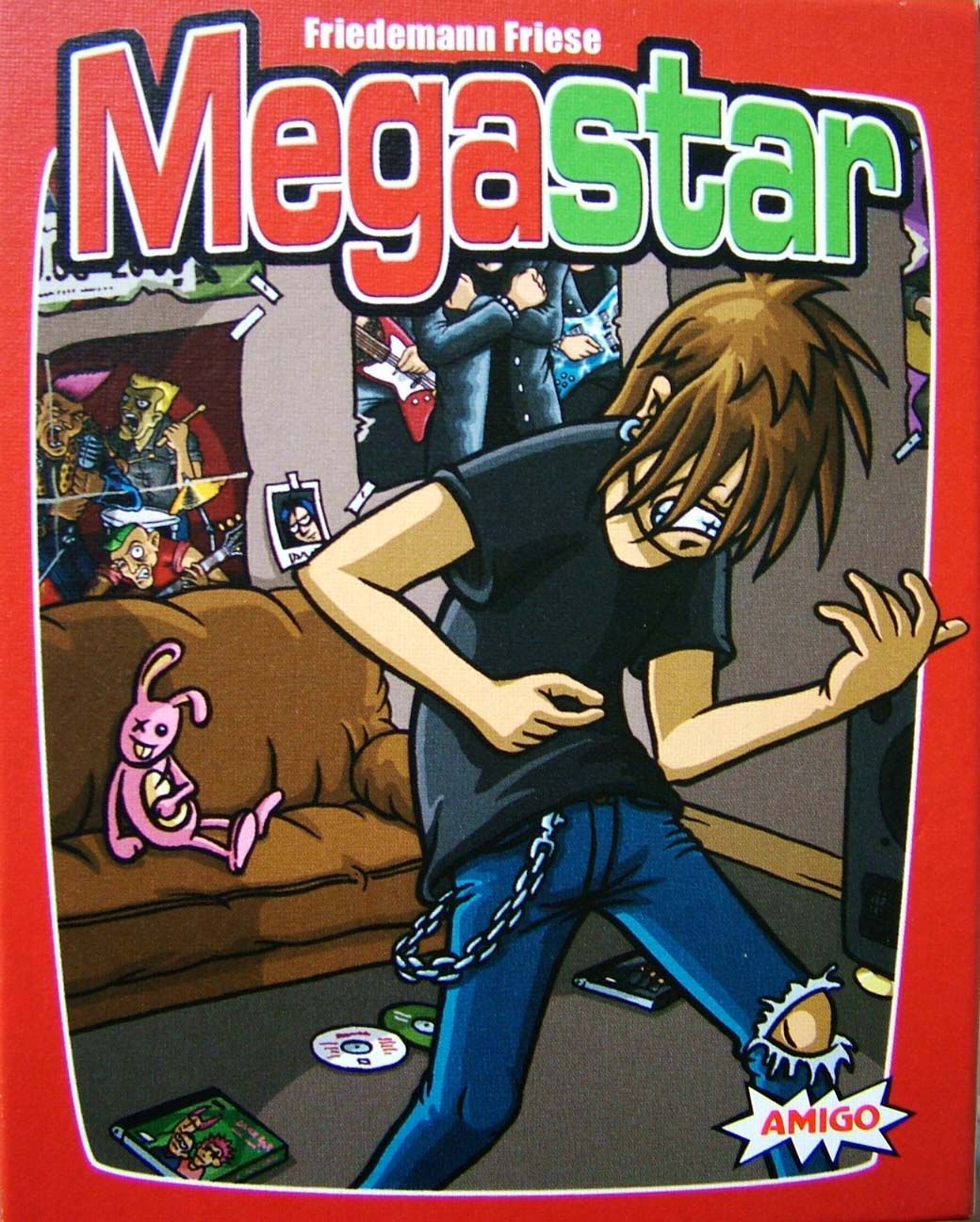 From Rick Thornquist (BoardGameNews.com) This is a card game where players are promoting musical acts. There are seven cards representing seven musical acts which are arranged in a column on the table. You get a hand of cards and each card corresponds to one of the acts. You start with one card face down in front of you. There is also a face-up pool of cards plus a draw pile. On your turn, you turn up your face down card and play it beside the corresponding act. You then take on card from the pool and one from the deck. Finally, you place a card face down (which will be played on your next turn). When one act gets three cards beside it, play stops for the 'Hit Parade'. Starting from top to bottom, each act moves up a number of spaces equal to the cards played beside it (this can push acts it passes down the column). The cards played are put into the pool and play continues. The game ends when the deck runs out. You get points for the cards left in your hand - if you have cards for the act at the top of the column you get five points each, for each card for the second act you get four points, etc. Whoever has the most points at the end wins.