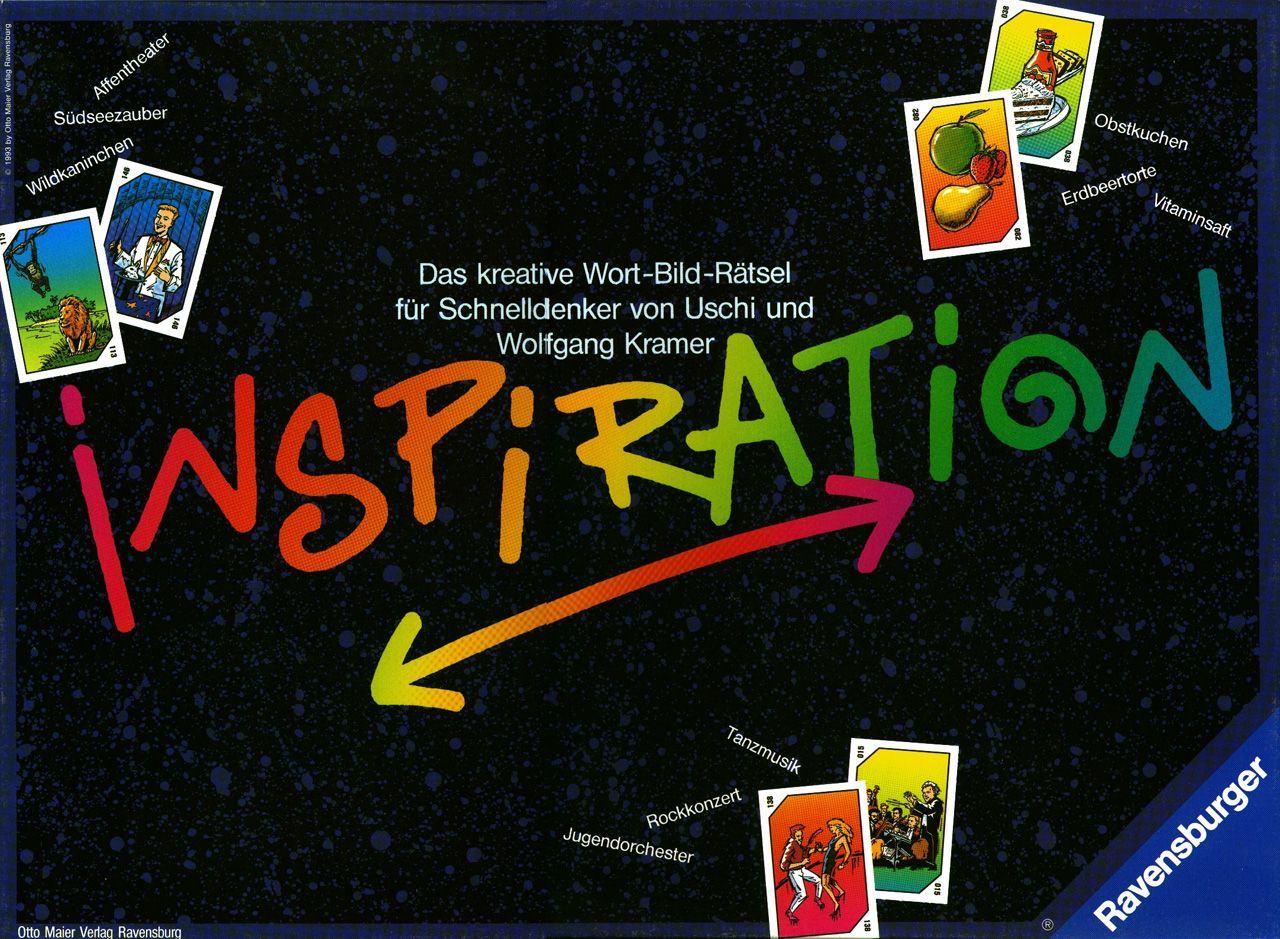 Inspiration is one of Wolfgang Kramer’s not so well-known games, which he designed together with his wife Ursula. It is a party game in the vein of Taboo or Activity, although the players do not paraphrase terms or play charades. Rather, the players try to solve picture puzzles faster than their opponents. In each round, one of the players acts as the moderator and chooses two picture cards, that together represent a two part noun (e.g. ball game (cards 73 and 20) or treasure chamber (cards 54 and 104)). The player may choose between asking an easy, medium or difficult question. Then the other players try to solve the puzzle, while a sand timer runs down. Depending on the difficulty, the player who calls out the correct answer first, may advance 2, 3, or 4 spaces on the track. The first player to reach the goal is the winner. Inspiration features a clever card index box, to keep the picture cards organized and two bookmarks to quickly find where to put back the previously selected cards.