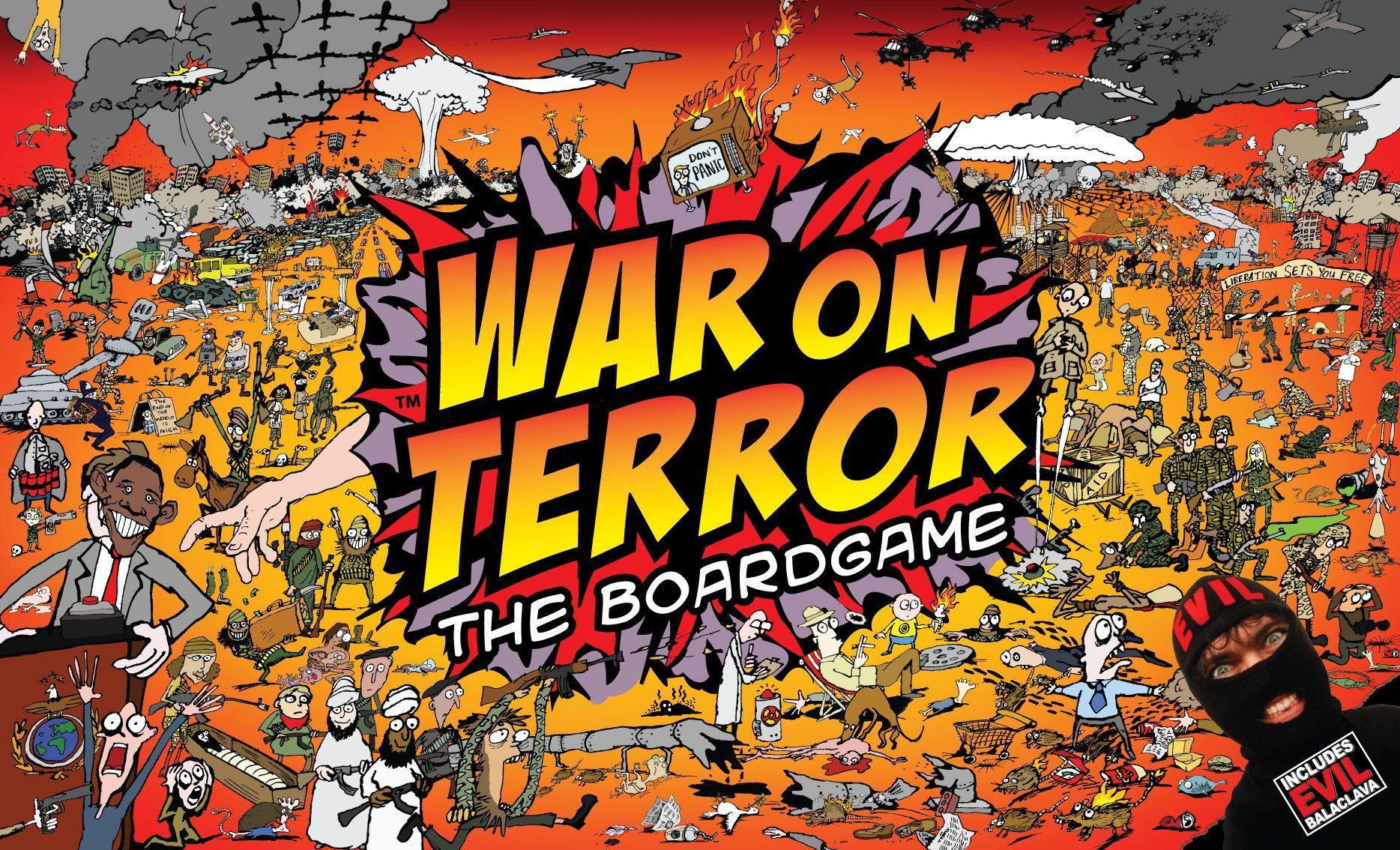 From the website: The goal of War on Terror, the boardgame is to liberate the world, ridding it of fear and terrorism forever. Naturally, only the biggest and strongest Empires are up to this task and so a certain amount of dominance needs to be proved. Alternatively, you can play as the terrorists, fighting for a world without empires. Everyone starts the game as an Empire, with a couple of free villages and they can settle anywhere in the world. Although peaceful (we had to ban fighting in the first round) the 'politics' of the game already start to form, depending on what oil is discovered and how 'aggressive' the initial settlement choice is. Empires then spread over the planet grabbing all available land, searching for the best oil and the most strategic borders. Some go for towns and cities, other spend their cash on extra empire cards, building up their political options. Maybe, if they're lucky, they'll get an early nuke. Sooner or later someone takes a pop. Maybe the Axis of Evil has declared an Empire evil, giving them a few terrorist cards which are just too tempting not to play. Maybe someone is looking too strong already. Maybe you've got a grudge from a previous game or maybe you just want to win. Either way, war is declared or the terrorists strike! Although it is possible to win the game with all the players still playing as Empires, the more likely outcome is that Empires are destroyed, bankrupted, or simply cave in and become terrorist players. As more empires fall they work together as a single terrorist player. With each new influx of terrorist cards and cash for the terrorist cause, the remaining Empires begin to wish that maybe they shouldn't have funded quite so much terrorism as they did.