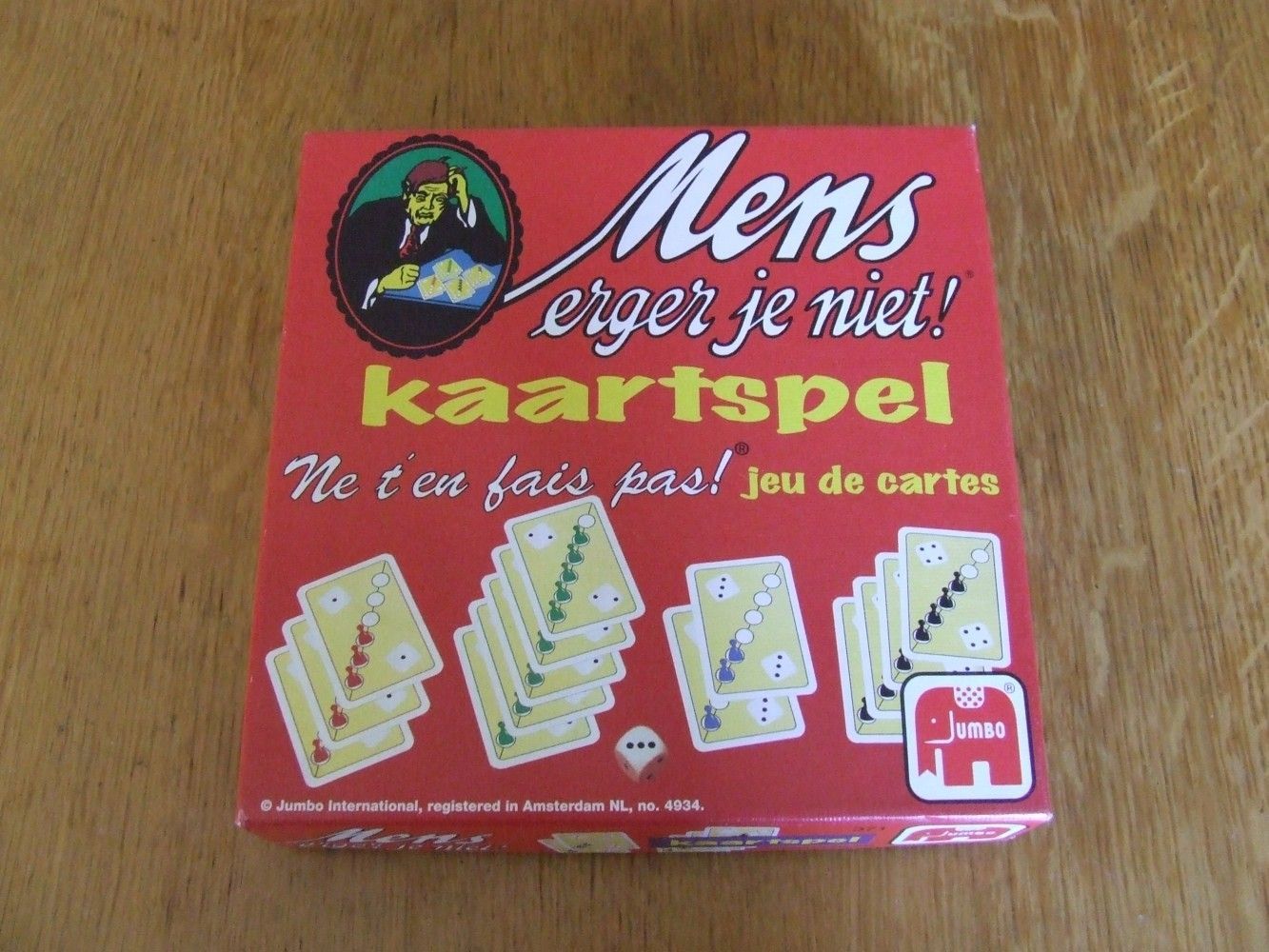 Card version roughly simulating the endgame situation in vanilla "Mens erger je niet!" / "Ne t'en fais pas!" (a "Pachisi" / "Parcheesi" clone), the object being to 'bring the pawns home'. Each player has an identical pack of 24 cards, in one of 4 colors. There are 4 sets of 6 cards with each set having a die value printed on the cards: 1 through 4. The cards within a set have a number of colored pawns on them, 1 through 6, and have to be played onto their 'home' pile in that order. The object is to play out all your cards onto the 4 'home' piles while hampering your opponent. Card play is done "Shut the box" style, where the eyes on a standard D6 determine the total value of cards that may be played onto their 'home' piles. A [6] rolled allows for another die roll and play of cards. The pawns printed on the cards come into play when hampering the opponent. When one of the 'home' piles -represented by the dice- reaches the same size -represented by the pawns- as the opponent's identical pile, the opponent has to empty that 'home' pile. Winner is the player who 'brings all pawns home' first.