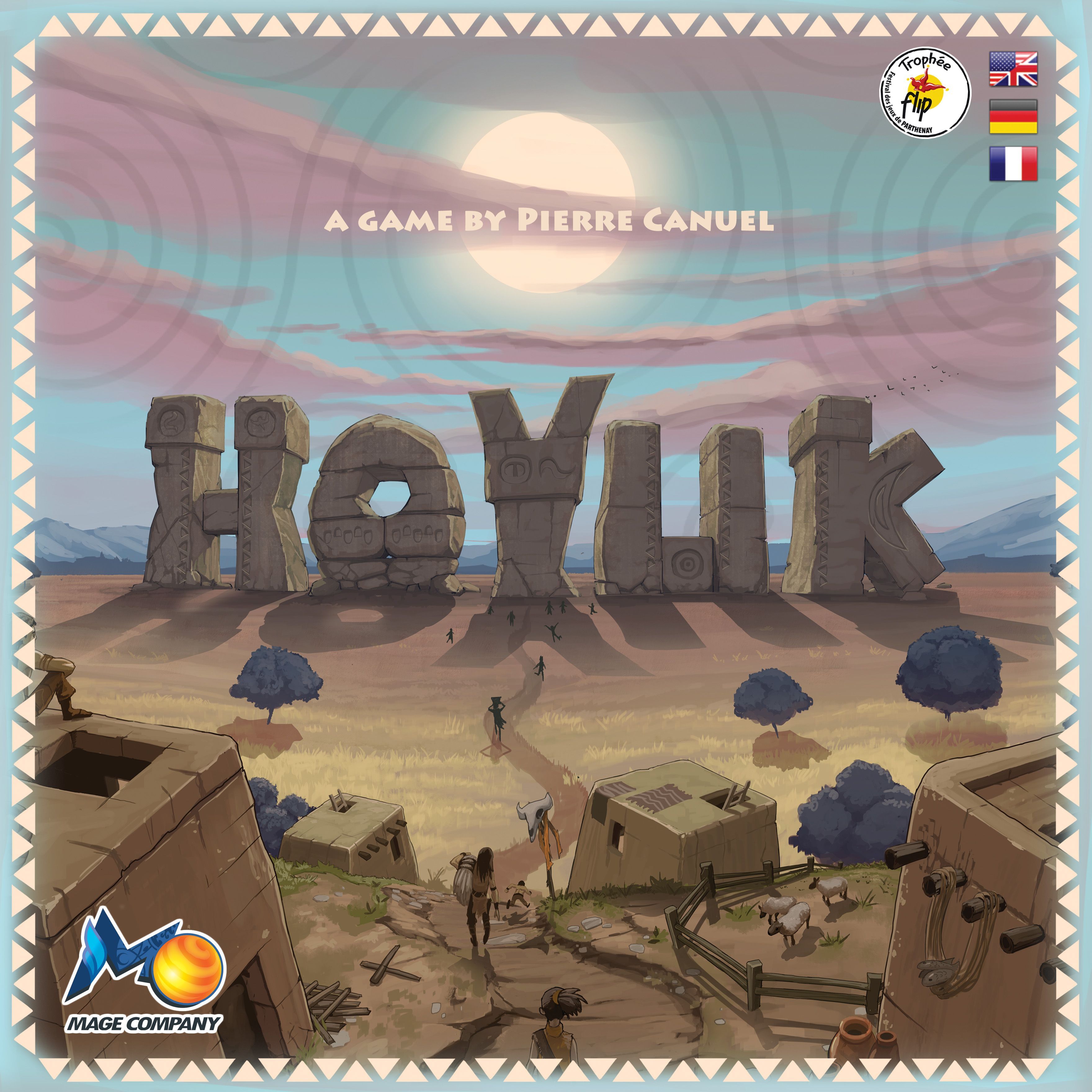 Imagine yourself some 10,000 years ago in the Middle East. Your clan has left the ancient nomadic life and settled with four other clans in the valley. The community has repeatedly succeeded in harvesting crops, and some families are getting better at raising animals; next moon will see the birth of a new generation of pups. We all praise our own gods and Mother Goddess for being good to us. This new era has brought something new to us: The area is progressively filling with dwellings, built tight against each other. New generations are building their houses over the remains of old constructions. Our greatest families have now constructions way up over the land, proudly showing off their shrines and wealth to the community. Who knows, when the children of our children will come to the world, which clan will rule this multitude? In Hoyuk, each player represents a clan that settles with other clans to erect a village. During the game, a replica of a Neolithic settlement will be built on the Höyük board using tiles that represent houses. Many additional pieces — such as ovens, shrines, and pens — will also aid a player in building his settlements. ("Hoyuk" is Turkish for hill or mound. The word is also used for prehistoric settlements in the region that have a characteristic, hill-like look from houses being built on top of older houses and the absence of streets between the houses because people entered their homes through the roof.) The goal of the game is to build the best settlement and score the most victory points, with multiple paths to victory and many choices along the way. The best clan will prevail in Hoyuk!