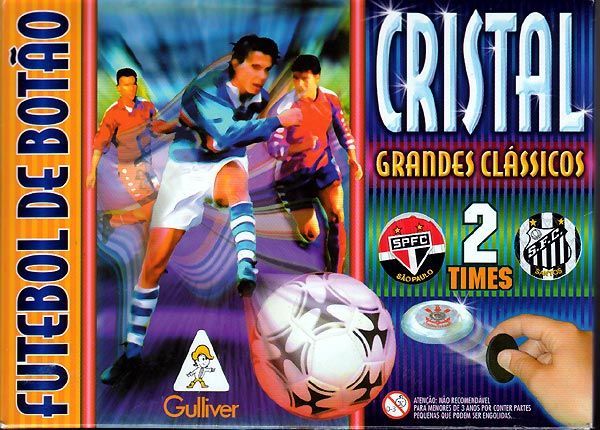 Traditional Hungarian and Brazilian soccer game, which is also considered a sport. There are five major different sets of rules, three in Brazil (Bahia, Rio, São Paulo), and two in Hungary: a simple one used by casual players and a very detailed official one. In common, all are played on a large smooth table, the players are round (in the past large buttons were used) and are moved by pressing a pick, finger, or comb on its edge. Depending on the set of rules each player (coach) will have one or more turns at a time.