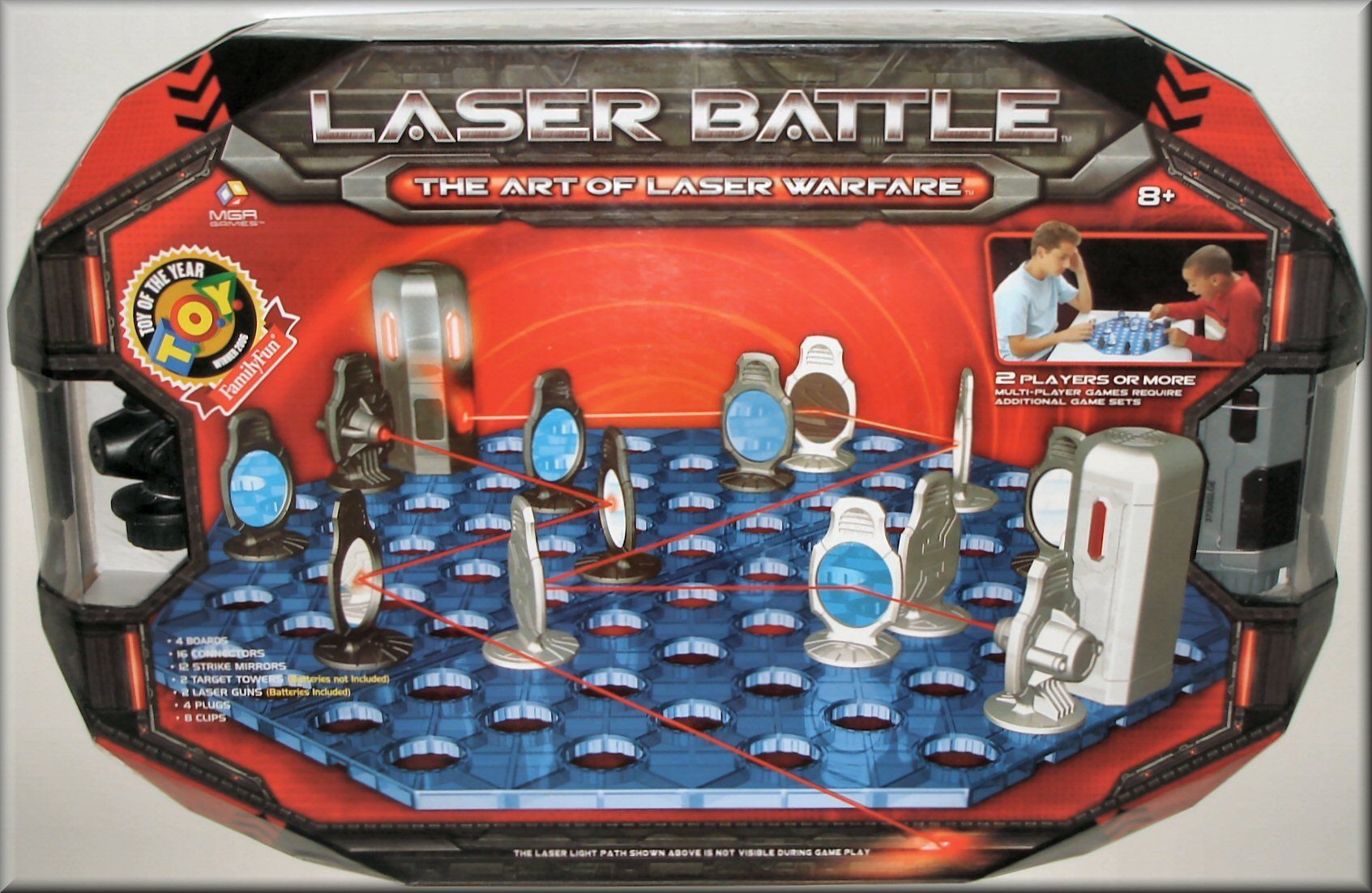 Laser Battle includes a modular hi-precision plastic board which allows for a variety of game-start layouts as well as unlimited expansion using additional play-set boards. Use the real laser module and hi-precision mirrors to attack your opponent’s Tower and “blow it up”. Similar to Deflexion/Khet, players are attempting to set up a series of mirrors to bounce a laser into the opponent's tower. Here are the differences from Khet: In Khet, the laser is always moving orthogonally. In Laser Battle, the laser must be bounced at the proper angle off pieces which can be rotated to 16 different angles (22½° increments: 0°, 22½°, 45°, and so forth), which reflects the laser orthogonally and/or diagonally, at the players' discretion (or error!). In Khet, the laser is fired from the walls of the game board. In Laser Battle, the laser is being fired by a unit, which you may rotate for very surprising victory. In Khet, each player must fire the laser after her move. In Laser Battle, firing the laser is optional, allowing both sloppier play and stealthier play. Khet has a fixed game board (and a moveable / roteable mirrored second-floor with the Khet 3D: Tower of Kadesh expansion). The board in Laser Battle is modular (single-floor), allowing for numerous configurations. A Laser Battle set comes with extra headdresses for the pieces so you can buy a second identical set, and play with up to four players. Also, it is available in two color schemes, which could allow for an eight-player laser frenzy! There are only three types of pieces in Laser Battle. Khet has four types in the basic game, and a fifth (Khet: Eye of Horus Beam Splitter) in an expansion. The Tower has 6 light sensors – and when hit by the laser it flashes red lights and makes an explosion sound, which signals the end of a game. This game was the subject of a lawsuit in which the designer of Khet: The Laser Game brought suit against MGA Entertainment and the court found Laser Battle as infringing.