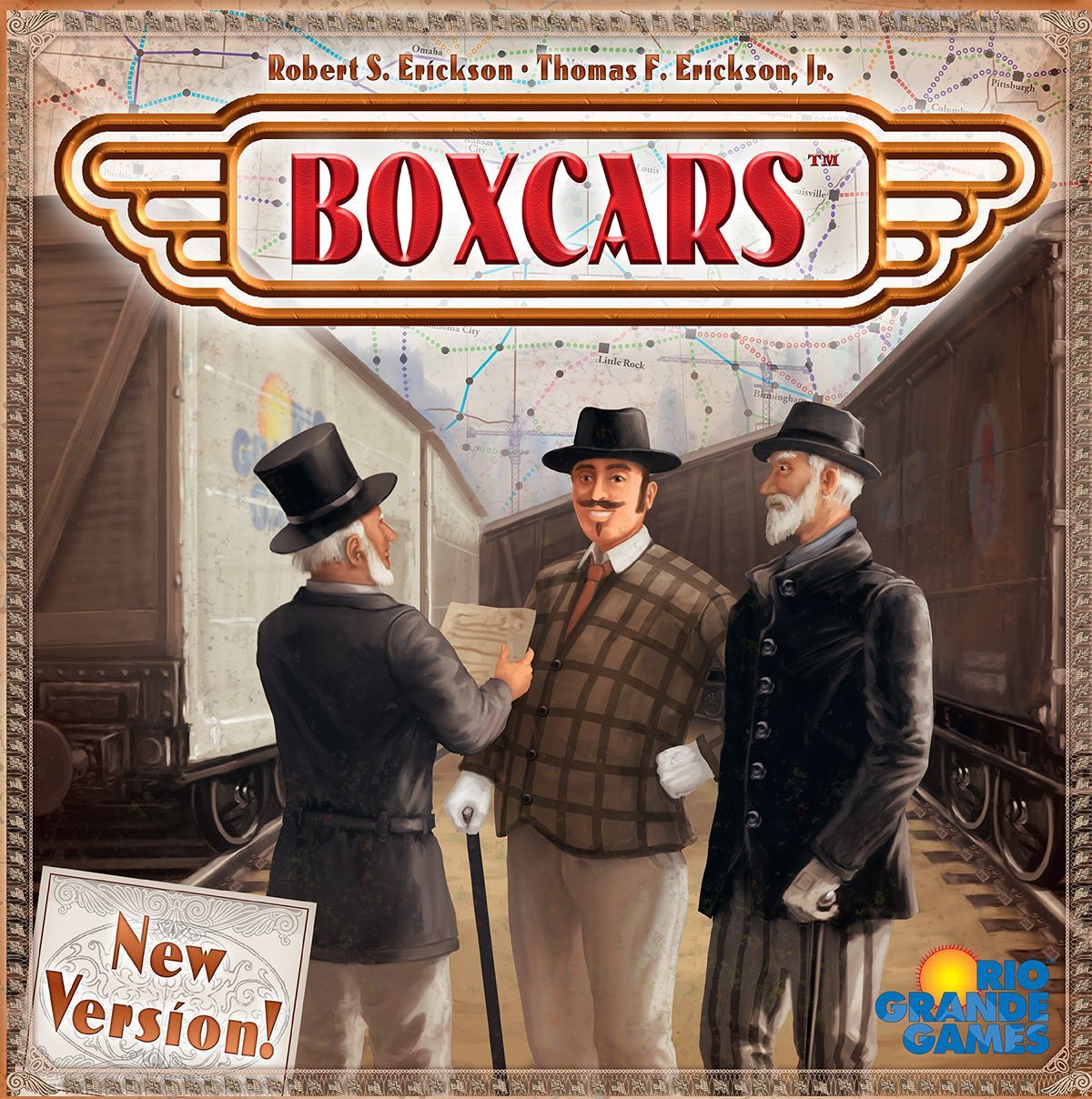 From the entry for Rail Baron: BOXCARS is the predecessor of Rail Baron. In the late 1960s or early 1970s, previously unknown designers R.S. Erickson and T.F. Erickson, Jr. began boardgame development. In an era when both the railroad and board gaming industry was in flux, the Ericksons managed to combine elements from the two to create a game that has withstood the test of time. In fact, it provided solid footing for the whole "train gaming" genre. The Ericksons decided to publish the game on their own, and released it as "BOXCARS" in 1974. It was billed as "The Informative NEW travel game of OLD-time railroading." For a first-time effort, the components of the resulting boardgame were surprisingly refined and professional. The single-piece board unfolded to reveal a map of the United States on which routes of 28 historic railroads were traced. The rules of BOXCARS vary from those of Rail Baron in several ways. For example, BOXCARS has no restriction in the re-use of routes: this allows players to circle along the same track as long as desired. BOXCARS also allows a player to trade, sell or auction a RR at any time during the game. Furthermore, BOXCARS lacks the Express and Superchief locomotive upgrades that Rail Baron contains. Before long, the Ericksons' game caught the attention of The Avalon Hill Game Company (AH). The original designers apparently sold the BOXCARS rights to AH and were obligated to quickly disperse the remaining copies of their game. It is estimated that there were only 1000 copies of BOXCARS ever printed. AH scaled down the game's physical size to match the "bookshelf" style of many of its other titles, modified the rules, and released it as Rail Baron in 1977. (Description adapted with permission from "An Illustrated History of Rail Baron")