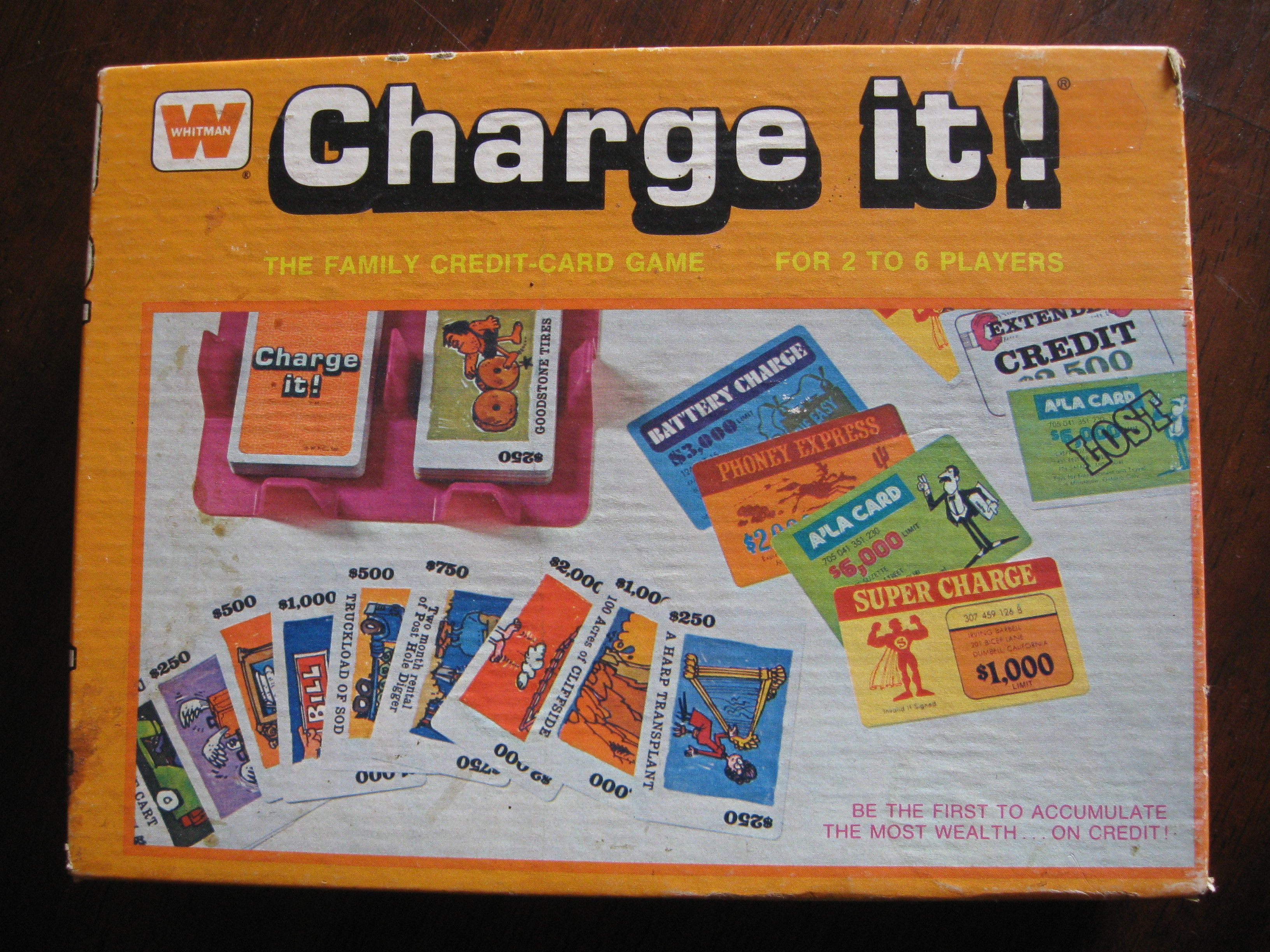 Players race to be the first to rack up $50,000 in merchandise charges on their credit cards. This game plays like Mille Bornes matched with a memory element. Players draw a card into their hand, and then play one either to the table or discard pile. Playing a credit card to the table allows the player on future turns to play merchandise cards under it. Players are not allowed to look at the values of the merchandise once it is played. Play continues placing cards, either new credit cards (total of 4 types) or merchandise underneath credit cards until a player declares that he has the $10,000 or more, in which they count up the purchases. The person who declares the round over gets a $2000 bonus, providing that the $10,000 has indeed been reached. There is also the ability to spoil your opponents. There are Lost Card cards which are played on an opponent causing them to have to discard a credit card and the merchandise underneath. These can be prevented by playing an Insurance card on your pile before to protect a pile, or play another copy of the same credit card in reaction to a Lost Card being played, similar to a Mille Bornes coup-fourré. Game ends after the round in which total purchases all game exceeds $50,000