Order of the Stick Adventure Game: The Dungeon of Dorukan - Universal Statistics 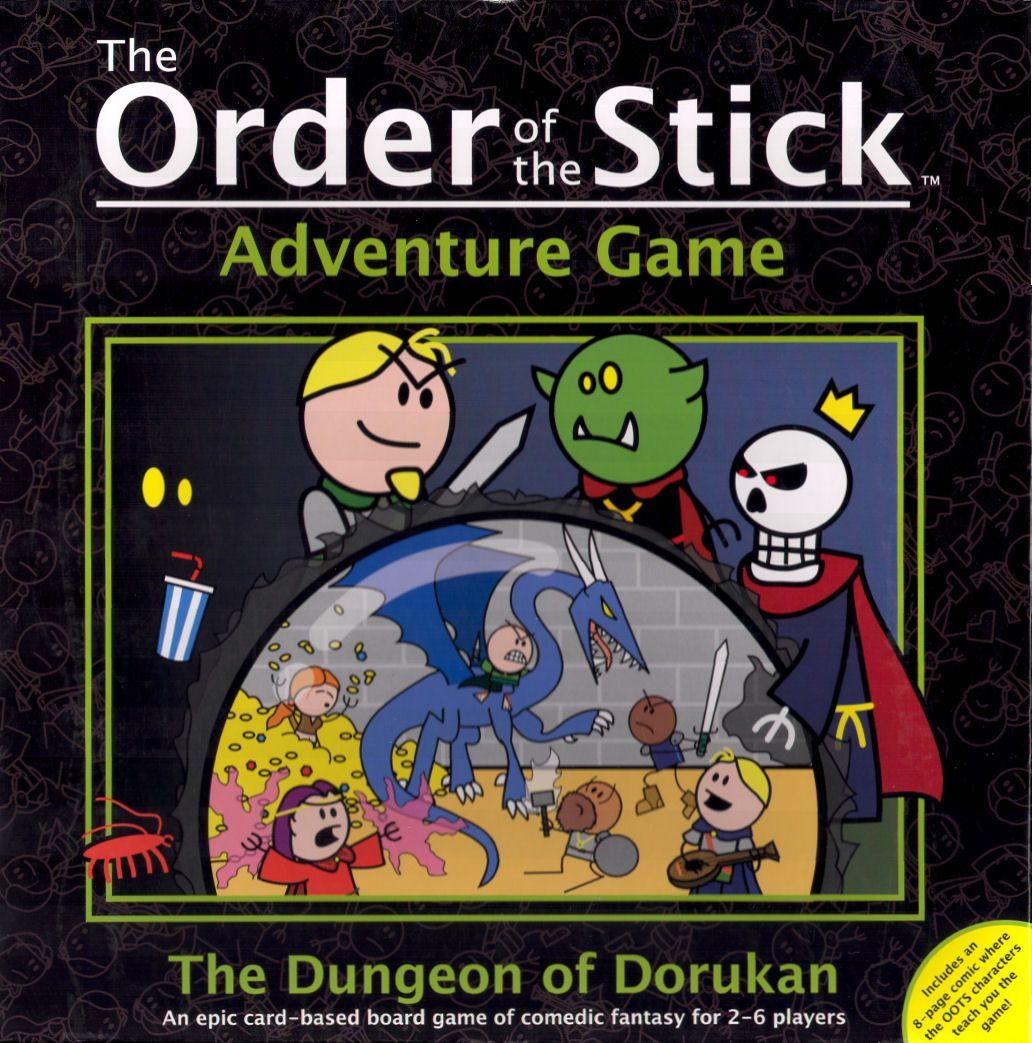 Based on the popular web-comic, Order of the Stick. Why just read about foolish and incompetent adventurers when you can be one yourself? Dive head first into the world of the inexplicably popular fantasy gaming webcomic. Take on the role of one of the six daring adventurers as you explore each room of the mysterious Dungeon of Dorukan in this hilarious satire of the fantasy genre. But beware, for the evil undead sorcerer Xykon awaits you at the bottom of the dungeon, and he has nothing better to do than focus on wiping the floor with your sorry butt. The deluxe version released September 2011 supersedes the base game, Dungeon of Dorukan (no longer published) and contains both the base game and the expansion the Shortening in one box.