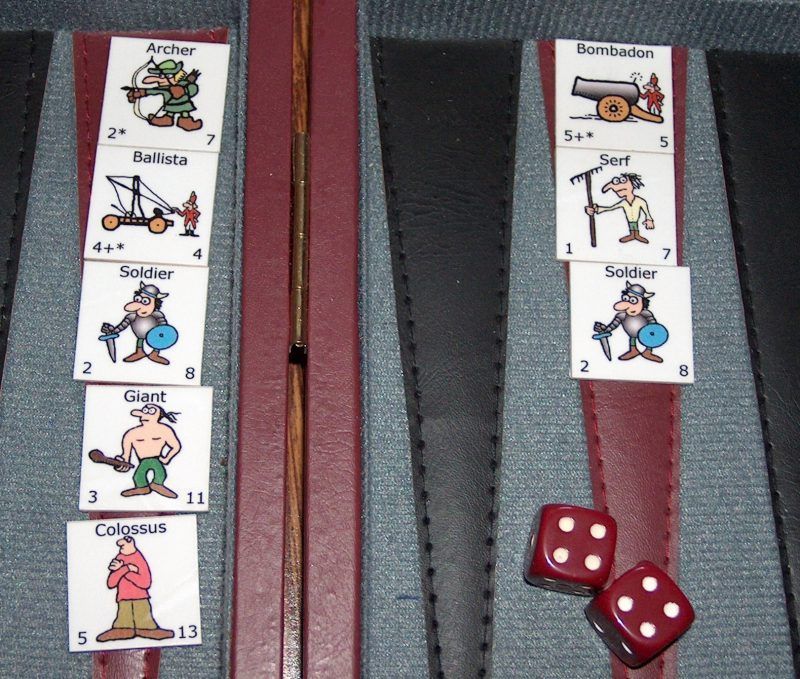 The game is played very much like regular backgammon... to a point. The first player to get all of his pieces off his home board is the winner. Unlike normal backgammon, however, there are no safe spaces. When your piece(es) land(s) in the same space as an opponent's piece(es), they do battle (rolling dice and comparing the result against a defense factor) until one side controls the space and the other (or both) has been sent back to the bar. In addition, one of the pieces has a special power (the Summoner) that really changes the flow of Backgammon. The advanced game includes fortifications which further complicate things. The version available in the Winter 2006 edition of the Crusader must be glued down and then cut out before play. The self published edition comes glued to crescent board and you must cut it out before play. A PDF copy of the Crusader Magazine this game appeared in can be purchased at: http://www.rpgnow.com/product_info.php?products_id=20609&it=1 Or better yet, support the game designer by ordering one directly from him. He's really a nice guy, designs fun games, and a great cook. Be sure to try out his recipe for the Mr. Hankey burgers! http://www.tomwham.com/stuff.html