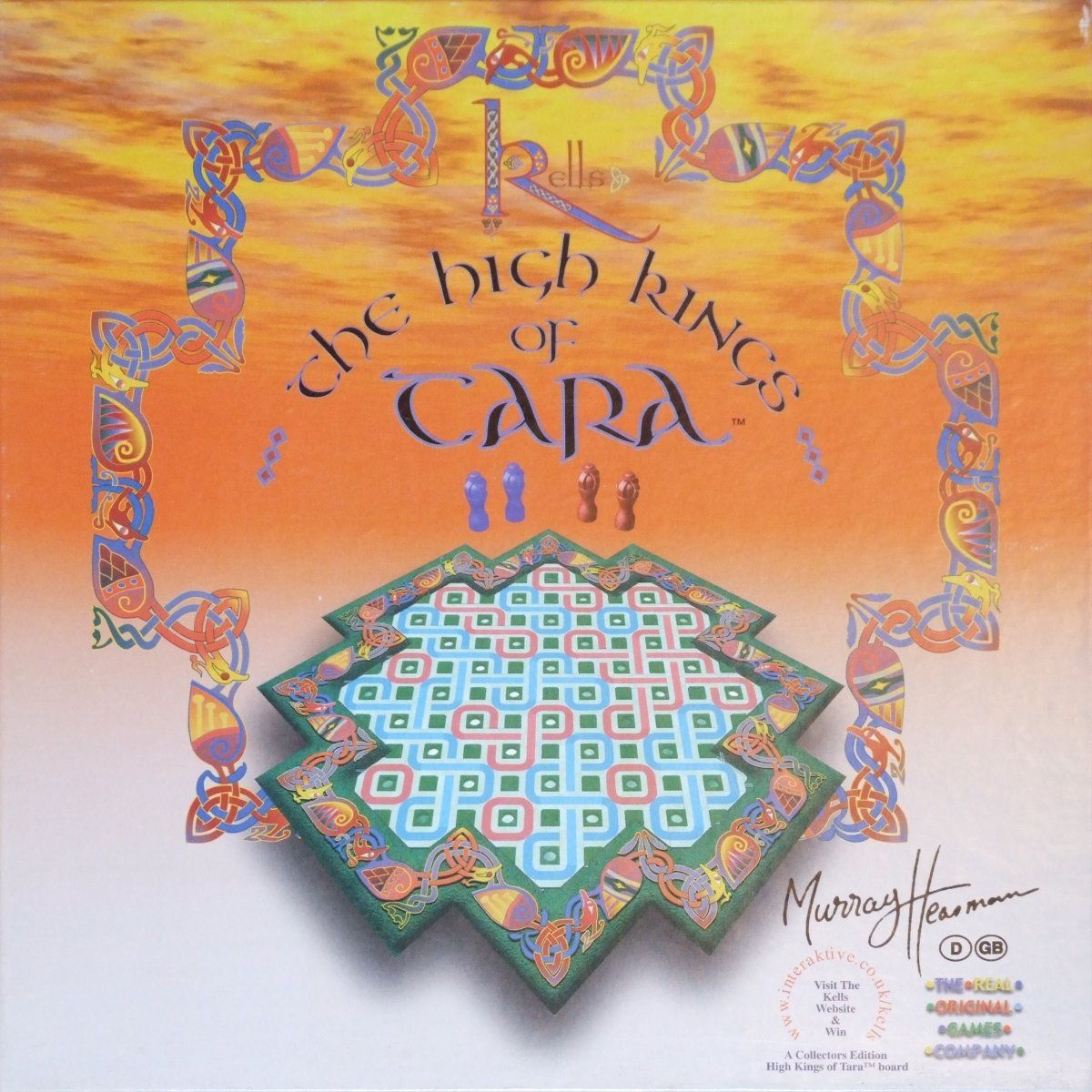 Players take turns moving their kings around a playing field of hills. The kings movement is like a knight in chess. During the opening, hills are claimed, but you can't claim 2 hills that are adjacent. In the midgame, knots are formed and merged together forming contiguous chains of hill ownership. The player with the *fewest* knots wins the game. A 4 player partnership is included with the rules of the game. Tara: Ireland's Royal Board Game is a revamped version of this game.