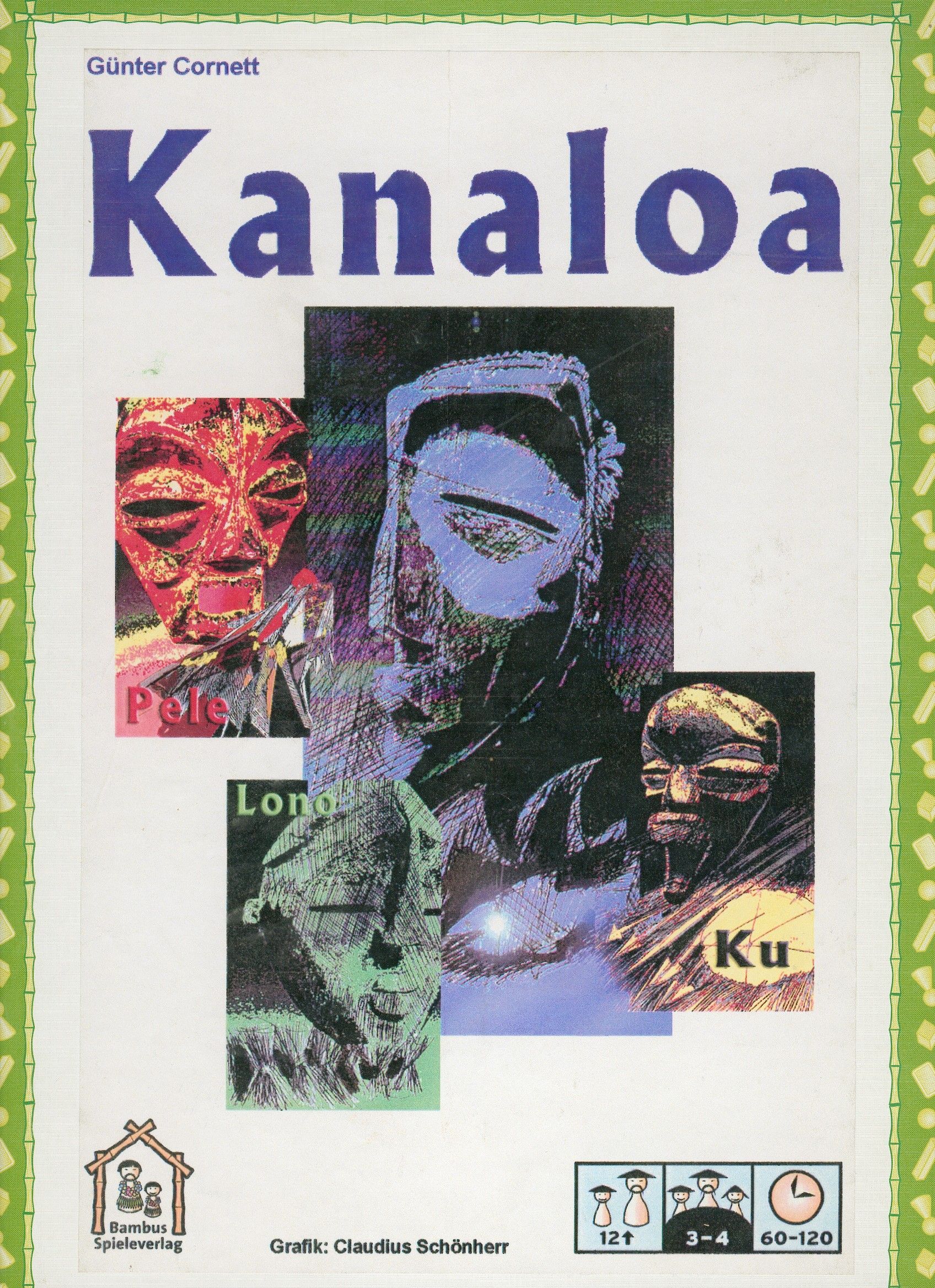 Two to four players go from island to island to pick up different fruit to give to the gods. Between the islands are fish to move in one direction (to the fish's mouth). One side of a fish shows the player's color (only this player may move) the other no color (any player may move). After every move the fish is turned to the other color. The gods help the player who gives the most fruit; to move (turn direction or color of a fish), to steal (of course from another player), to determine a volcanic eruption (the players near the volcanic eruption lose a turn) or to pick up better fruit. The rules are developed from the theme (character of Hawaiian gods, building small stone temples), but it's not historical. The theme and design is similar to Kahuna / Arabana-Ikibiti, but it is more for gamers than for families, and does not require the building of connections. Confusingly, Tilsit re-named another game by GÃ¼nter Cornett with a similar island-theme Kanaloa in 2003, but it is different, and more closely related to Kahuna. 3rd Place 2001 Hippodice Spieleautorenwettbewerb.