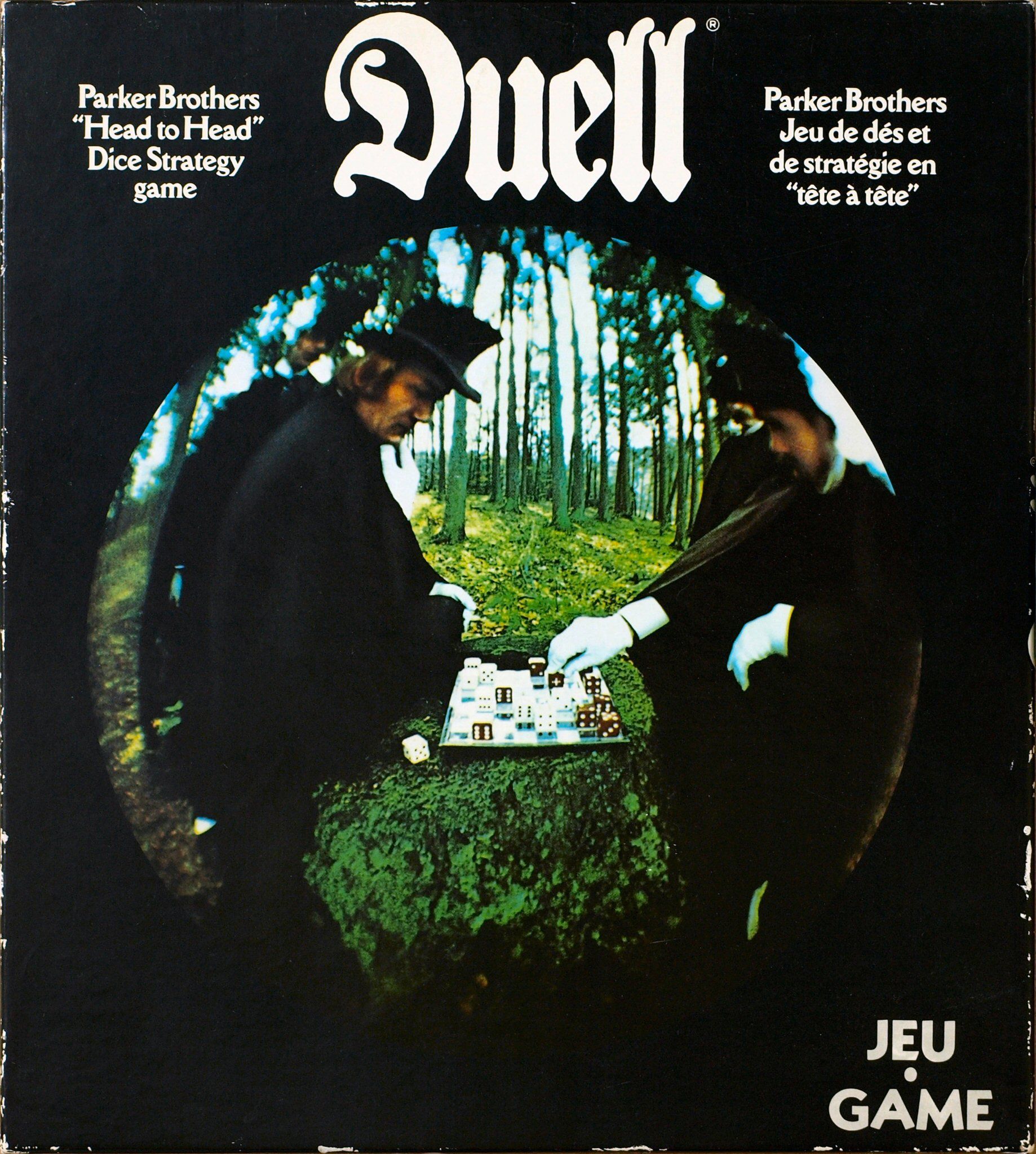 Duell: Parker Brothers 'Head to Head' Dice Strategy Game Each player controls nine over-sized dice on a 8x9 board and in turn moves one of their dice the number of spots indicated by its uppermost face. Movement is carried out by 'tumbling' the dice from space to space. Opponent's pieces can be captured by landing on them with an exact count. Players also have a key piece (a die marked with a star on each side) which can only ever move one space at a time. The game is over when one player's key piece is captured, or a key piece moves onto the opposing player's key space (the key piece starting square).